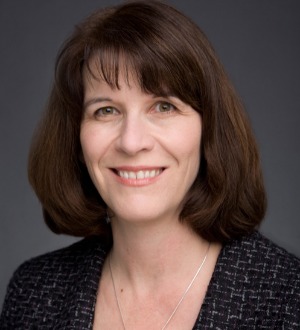 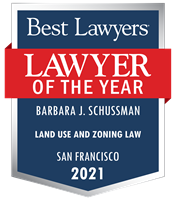 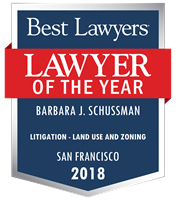 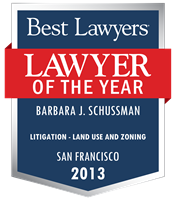 Barbara Schussman, a partner in the firm's Environment, Energy & Resources practice, focuses on securing federal, state and local agency approvals needed to develop a wide range of private and public projects, including industrial scale solar facilities, university campuses, hospitals, research and development facilities, water supply and storage projects, oil refineries, maritime port and airport expansions, and numerous industrial, commercial, housing and mixed use developments. Barbara counsels clients regarding compliance with the California Environmental Quality Act (CEQA) and National Environmental Policy Act (NEPA), legislative and quasi-adjudicatory approvals required under the California Planning and Zoning Law, and permits and approvals required by other land use and environmental regulations, including the Clean Air Act, Clean Water Act, federal and state Endangered Species Acts, California Coastal Act and the Subdivision Map Act. She also is an experienced litigator, and has defended approvals and environmental permits in both the state and federal courts, including the California Supreme Court.

She is the author of the CEQA chapter of Curtin’s California Land Use and Planning Law. She also teaches and lectures on CEQA and NEPA compliance and litigation issues for a variety of organizations. Barbara co-chairs a two-day NEPA conference for CLE International presented annually in California. Her recent presentations and papers include an analysis of judicial decisions and regulatory requirements pertaining to climate change effects under NEPA. Barbara’s recent engagements include representing Renewable Resources Group in CEQA compliance and securing use permits for a 650 MW photovoltaic solar facility, representing Stanford University, Stanford Hospital and Lucile Packard Children’s Hospital in securing land use approvals for major campus and hospital expansion projects in Santa Clara County and Redwood City; representing the Port of Stockton as special counsel in litigation challenging the Environmental Impact Report (EIR) prepared for reuse of a 1,500-acre former Navy facility as expanded port maritime and industrial facilities; representing Eagle Marine Services in securing approvals for expansion of its shipping terminal at the Port of Los Angeles; and representing Contra Costa Water District in expansion of the Los Vaqueros Reservoir.

263 The Best Lawyers in America® awards