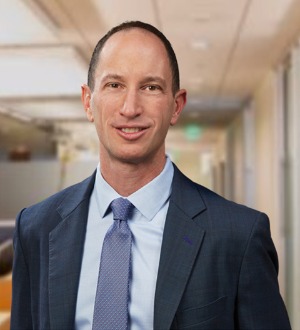 Ariel Neuman is a trial lawyer who clients turn to for their most high-profile civil cases and criminal investigations.

A former Assistant United States Attorney, his work includes defending a Fortune 150 company against criminal charges at trial, representing members of Congress in relation to grand jury investigations, leading an internal investigation for a major league sports franchise, and defending the largest minority-owned brokerage firm in a high-stakes business dispute. For over a decade, he has served as visiting faculty at Harvard Law School’s Trial Advocacy Workshop.

Mr. Neuman has led teams of lawyers in numerous jury trials involving complicated issues of fraud and misconduct. He has experience litigating and arbitrating cases around the country, and regularly takes on cases against the biggest law firms, as well as government regulators such as the SEC and DOJ. He is often called upon to conduct internal investigations related to accounting issues, False Claims Act allegations, potential FCPA violations, workplace personnel issues, and related matters for national and multinational corporations, or represent corporate executives and board members at companies experiencing such investigations.

Before joining Bird Marella in 2014, Mr. Neuman served as an Assistant United States Attorney in Los Angeles for nearly seven years. Mr. Neuman was named Prosecutor of the Year by the Federal Law Enforcement Officers’ Association, and received numerous commendations and awards for his service. He led numerous high profile investigations and prosecutions of white collar and violent crimes, and was also responsible for the domestic portion of several international investigations. During his tenure at the US Attorneys’ office, Mr. Neuman handled cases involving securities fraud, tax evasion, real estate fraud, health care fraud, art fraud, bank fraud, drug offenses, counterfeit currency, computer crimes, and more. He is among the most experienced federal RICO prosecutors in the country now in private practice, having prosecuted over 200 individuals for violating federal racketeering laws.