Andrew Tank is a lead senior associate attorney at Livesay & Myers, P.C., practicing exclusively family law. Mr. Tank works in the firm’s offices in Fairfax and Arlington, and represents clients in Fairfax, Arlington, Alexandria and all across Northern Virginia.

Mr. Tank is experienced in handling every type of family law matter in Virginia, including separation, divorce, equitable distribution, custody, visitation and support cases. Mr. Tank focuses his practice on helping clients navigate through what is often the most stressful time of their lives, and achieving outcomes that are satisfying to each client based on the client’s unique circumstances and values.

An attorney since 2007, Mr. Tank has firmly established himself as a leader in the Northern Virginia legal community. He has been an active member of the Virginia State Bar’s Young Lawyers Conference, serving as Program Chair for the Bar’s annual meeting from 2009 to 2012, and on its Nominations Committee for 2011 and 2012. From 2010 to 2013, Mr. Tank was a regular contributor to “Docket Call,” the Young Lawyers Conference’s quarterly newsletter, writing articles on family law topics. Finally, he was elected and served as a board member for the Fairfax Bar Association’s Young Lawyers Section from June 2010 to June 2012.

Mr. Tank holds the prestigious AV Preeminent rating (the highest possible rating) for ethical standards and legal ability from Martindale-Hubbell. Mr. Tank was selected by his peers for inclusion in the 2021 edition of The Best Lawyers in America© for Family Law. He has been named a Super Lawyers Rising Star every year since 2015. Mr. Tank also holds a perfect 10.0 rating from both Avvo and Justia.

Andrew Tank resides with his wife and son in Arlington. 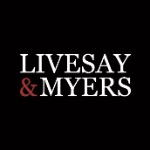