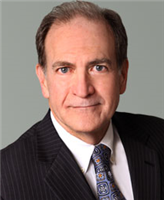 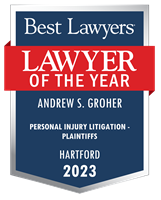 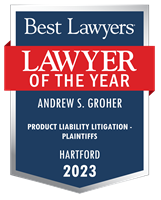 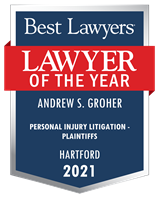 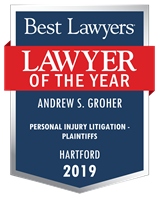 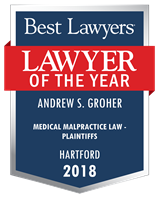 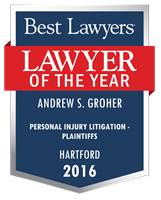 For more than 30 years, Andy has been representing people in Connecticut who have suffered life-changing events through no fault of their own. He has represented clients injured as a result of aviation accidents, catastrophic automobile and truck collisions, medical malpractice, defective products, including prescription and over the counter medications, premises liability and police misconduct. Over those years, Andy has tried numerous cases in State and Federal Court, obtaining multi-million dollar verdicts and similar settlements on behalf of many.

In order to consistently achieve the best results for his clients, Andy brings his ethic of hard work and sense of fairness to his representation. He strongly believes in the firm's credo that "the best interests of the client always comes first." It is this belief and sense of doing what is right that has led him to offer services to clients that go far beyond his office practice, including pro bono representation of victims of the 911 terrorist attacks, service on the Board of the Connecticut Traumatic Brain Injury Association and countless hours spent advocating for injured citizens before the state General Assembly.

In addition to his work representing clients and their families, Andy has served on the Board of the Connecticut Trial Lawyers Association for many years and was its president from 1998 to 1999. During his tenure with the Trial Lawyers Association, Andy has lectured at many seminars and has been involved in the association's efforts at community outreach; supporting such initiatives as its Bicycle Helmet giveaway program to inner city children and its continuing education programs known as the People's Law School. Andy has also been an Adjunct Professor of Law at the University of Connecticut School of Law since 1988, teaching a course on trial advocacy to second- and third-year students.

Andy has been selected for membership in The American Board of Trial Advocates, which is limited to top trial lawyers in the country who are vigorously engaged in civil litigation. He is certified as a Civil Trial Advocate by the National Board of Trial Advocacy, is listed in publication Best Lawyers in America, in the field of personal injury litigation and has been listed as one of New England and Connecticut’s Super Lawyers since 2009, earning the designation as one of Connecticut’s Top 50 attorneys in 2011, 2012 & 2013. In 2013 he was appointed to the Department of Motor Vehicle's Commissioner's Advisory Committee on Teen Safe Driving and was elected a Fellow of the Connecticut Bar Foundation James W. Cooper Fellows Program.