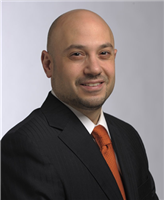 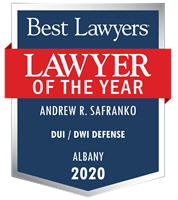 Mr. Safranko has lectured around New York State, on topics such as the rights, practices and procedures that nursing homes are entitled to during criminal investigations, and is a legal analyst on the Paul Vandenburgh Show, 1300 AM in Albany, New York. Mr. Safranko has been selected by his peers to be included in the publication The Best Lawyers in America. He also has been selected to the 2013-2019 New York Super Lawyers list.

"In my opinion, Andy had thorough explanations for everything regarding my case. He paid great attention to detail and laid out all the facts and possible outcomes for me. I appreciated his honesty and that he was realistic regarding the situation in my case. He did not make any promises, but I felt that he counseled me to the best of his ability. In the end, I was happy with the results in my case, and I know now that I have gained a counselor and friend for life. Thank you, Andy, for your time, attention, and care regarding my case."