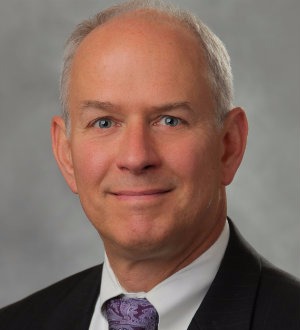 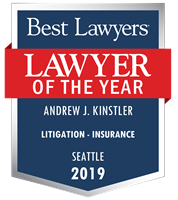 Andrew Kinstler has a civil trial practice with an emphasis on employment law and personal injury defense. He has extensive experience advising both employers and employees on issues arising under federal and state laws. Andrew has successfully tried cases in front of juries in courts throughout the Pacific Northwest, and has represented clients in appeals heard by the Washington Court of Appeals, the Washington Supreme Court and the Ninth Circuit Court of Appeals.

Andrew has been elected to the American Board of Trial Advocates, and has been named a “Super Lawyer” by Washington Law & Politics Magazine every year since 2003. He is rated “pre-eminent” by Martindale Hubbell.

Safeway, Inc., fired Jim Bulman for initiating wage increases for his two sons while they were working for stores in the district under his management. Bulman sued Safeway for wrongful termination, arguing that the manner of his termination violated Safeway's written personnel policies. He prevailed in a jury trial in King County Superior Court and was awarded damages. Upon appeal, Safeway argued that Bulman was a terminable-at-will employee who had not provided substantial evidence of reliance upon the personnel policies he claimed prevented his termination. The Court of Appeals, Division One, affirmed the jury verdict. Safeway then petitioned for our review. We granted review, and now reverse.