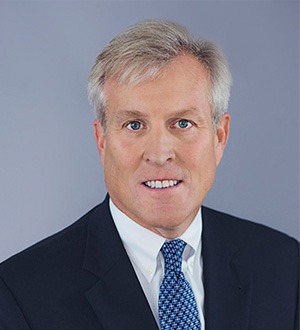 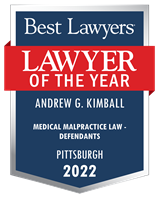 Andrew G. Kimball is a partner at the Pittsburgh office of Gordon & Rees and is part of the firm’s Healthcare and Commercial Litigation practice groups. Mr. Kimball focuses his practice in the litigation arena including numerous cases involving the defense of healthcare providers, as well as commercial enterprises. For more than 35 years, he has tried a wide array of cases in several state and federal courts. He has defended corporations of all sizes, product manufacturers, doctors, hospitals, nursing homes, restaurants, municipalities and railroads, among others.

Mr. Kimball has been active in the defense of claims involving COVID illnesses and deaths, and traumatic brain injury. Further, Mr. Kimball has defended restaurants, restaurant chains and food suppliers in a variety of cases including food-borne illness allegations. He has taken numerous matters to jury verdict, as well as having utilized several forms of Alternative Dispute Resolution. Mr. Kimball has obtained a high rate of dismissals and favorable verdicts for his clients, and his trial experience has earned him election into the Allegheny County Academy of Trial Lawyers, recognition by the Best Lawyers in America, and an AV rating from Martindale Hubbell.

102 The Best Lawyers in America® awards

44 Best Lawyers: Ones to Watch in America awards