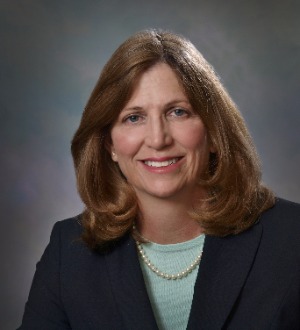 Navigate to map location for Amy S. Owen Visit the website for Amy S. Owen at http://www.brigliahundley.com/amy-s-owen VSee Amy S. Owen on Facebook at https://www.facebook.com/brigliahundleylaw/ See Amy S. Owen on LinkedIn at https://www.linkedin.com/company/briglia-hundley-nuttall-&-lopez-p.c.
Your comment has been submitted!
We have encountered an error and are unable to process your comment at this time. Please refresh the page and try again later.
Add Comment
In making your comments, please do not refer to a pending legal matter.
Share My Profile
Post on Social

Amy is a partner at BrigliaHundley. After graduating cum laude from Wake Forest University, she attended law school at the University of Florida, College of Law, where she graduated with honors and was a member of the Order of the Coif. She is admitted to practice in the state and federal courts in the Commonwealth of Virginia, Maryland, and the District of Columbia. Amy focuses on employment law, providing counseling and support to executives throughout the region. Her success in this area relies heavily on her commercial litigation experience involving financial institutions, fidelity issues, insurance coverage, employment matters, real estate, commercial disputes, and business torts.

Amy served as a Commissioner for the Fairfax Human Rights Commission for seven years. She is a member of the Fairfax Bar Association Employment Law Section where she served as secretary. She was appointed by the Fairfax County Board of Supervisors to serve on the Community Action Advisory Board. She has served on the Board of Directors and provides general counsel support for Second Story which assists at risk youth. She has a long history of assisting Legal Services of Northern Virginia in the pro bono employment law program. Amy has received numerous awards for her excellence in the legal field, including being named a Legal Elite by Virginia Business magazine, being recognized as a SuperLawyers, and receiving the Henry Carrico Pro Bono Award in recognition of her commitment to service of her community.