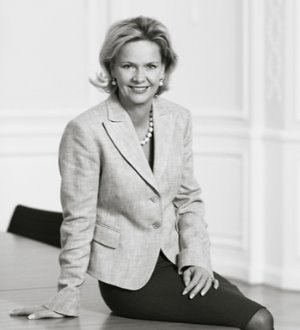 Navigate to map location for Alexa Von Uexküll Visit the website for Alexa Von Uexküll at https://www.vossius.eu/en/attorneys-professionals/profile/dr-alexa-von-uexkuell
Your comment has been submitted!
We have encountered an error and are unable to process your comment at this time. Please refresh the page and try again later.
Add Comment
In making your comments, please do not refer to a pending legal matter.
Share My Profile
Post on Social

Dr. Alexa von Uexküll was born in Hong Kong and brought up in Tokyo and Singapore. She studied inorganic, organic and analytical chemistry, physiology, genetics, microbiology and molecular biology with special emphasis on pharmacology at the University of London. The research for her PhD thesis (Kings College, London) was funded by a case award from Glaxo Pharmaceuticals, where she also gained industrial research experience in the field of central neuropharmacology, including Alzheimer's desease and opioid tolerance and dependence. She joined VOSSIUS & PARTNER in 1988 and was admitted to practice as a German Patent Attorney (Patentanwalt) in 1991, a European Patent Attorney in 1992, and a European Trade Mark Attorney in 1996. In 1993, Dr. von Uexküll became a partner in the firm.

Dr. Alexa von Uexküll is the publisher of the dictionary of patent and trademark practice, "Wörterbuch der Patent- und Markenpraxis", which was conceived by her uncle, Dr. J.-Detlev Baron von Uexküll.