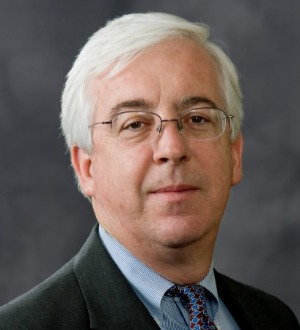 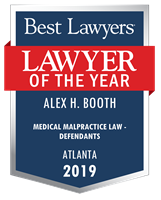 Mr. Booth received both his undergraduate and law degrees from the University of Georgia. He continues to support his alma mater by serving as an adjunct professor at the University of Georgia School of Law where he teaches a course on medical malpractice. Prior to law school, Mr. Booth was the head of an American delegation of agricultural specialists who studied in the Soviet Union. He maintains an interest in Eastern Europe and was invited to return in 2010 to Tbilisi, Georgia to participate in training for members of the judiciary. HBS regularly hosts delegations of judges and lawyers from the country of Georgia.

In his community, Mr. Booth has served his community as a little league baseball coach, Sunday school teacher, and Presbyterian elder. For the past ten years, he has reviewed clinical research as a community member of the Institutional Review Board of Piedmont Hospital. He is currently the Managing Partner of Hall Booth Smith, P.C.

28 Best Lawyers: Ones to Watch in America awards