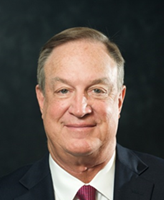 When you need an experienced and committed family law professional, you can turn to attorney Albert Bonin for professional, compassionate and effective counsel and representation. For almost three decades, Mr. Bonin has been practicing family law and handling difficult cases on behalf of all types of clients. No case is too complex for Mr. Bonin to take on, and he frequently takes cases involving property, custody, parenting time, support and matters across state and international borders.

When you choose to work with Mr. Bonin you are not just receiving the benefit of a highly skilled litigator, you are also enlisting the help of a problem solver who is well known for his ability to resolve conflicts. Mr. Bonin works through negotiation, mediation and the collaborative process to help clients achieve their goals for their family and their future.

For over two decades, Mr. Bonin has been included in the treatise, The Best Lawyers in America, and he is listed as one of the Metropolitan D.C.'s best family law attorneys every year in The Washington Post Magazine and in Super Lawyers. For years he has received the highest attorney "AV" rating from Martindale-Hubbell, a leading site rating legal professionals. He is also proud to serve as the President of the Fairfax Law Foundation. He is also listed as as one of the Top Lawyers in Northern Virginia Magazine for child custody matters.

Additionally, Mr. Bonin has been chosen as one of the Ten Leaders in Matrimonial and Divorce Law in Northern Virginia since 2007 and ShounBach has had more Ten Leader's than any law firm in the nation.

SET APART FROM THE REST

Part of what distinguishes Mr. Bonin and his firm above different law firms is that Mr. Bonin limits the number of cases he accepts. He understands that an attorney may have many clients, but a client only has one attorney. Therefore, he only takes on a few cases at a time in order to provide a level of service that exceeds the client's expectations.

Aside from the honors mentioned above, Mr. Bonin has held several positions in local, state and national organizations. He is a Past Chair of the Fairfax Bar Association Circuit Court Committee, Mr. Bonin received the "Chair Award" for outstanding service. His current appointments include: President of the Fairfax Law Foundation, lifetime member of the Colorado Bar Foundation, and a Past President of the Virginia Association of Collaborative Professionals.

Mr. Bonin, is licensed to practice in Virginia, Colorado and D.C. In Colorado he was the recipient of the Outstanding Professional of the Year Award on two occasions.

He served as the chair of the Colorado Supreme Court Ethics Committee in Colorado. He was listed by 5280 magazine as one of Denver's top lawyers. He was coauthor of the two-volume manual, Domestic Relations Forms and Practice, by Lexis Law Publications. Mr. Bonin has had the unique privilege of lecturing nationally and internationally on all aspects of family law.

Mr. Bonin is a member of the Virginia, Fairfax, Prince William, District of Columbia and Colorado Bar Associations, as well as the Collaborative Professionals of Northern Virginia.