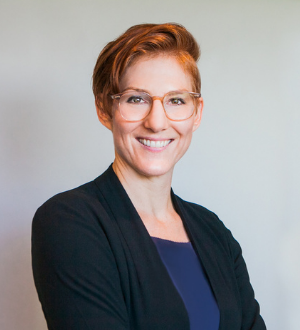 Navigate to map location for Adrienne Telford Visit the website for Adrienne Telford at https://www.cavalluzzo.com/lawyers/bio/adrienne-telford
Your comment has been submitted!
We have encountered an error and are unable to process your comment at this time. Please refresh the page and try again later.
Add Comment
In making your comments, please do not refer to a pending legal matter.
Share My Profile
Post on Social

Adrienne practices in the areas of labour, constitutional, administrative, and national security law, as well as in Aboriginal law and Indigenous rights. She has appeared before all levels of courts in Ontario, the Federal Courts, and the Supreme Court of Canada. She provides strategic legal advice to clients on a range of issues, and advances their interests through negotiation, litigation, and oral and written advocacy before courts, tribunals, and in other forums.

Adrienne's labour law practice focuses on workplace human rights, occupational health and safety, grievance arbitration, professional discipline, and collective bargaining. She represents workers employed in a range of sectors, including unionized workers in the agricultural and food industry, construction industry, and energy, health care, and postal sectors, as well as midwives, teachers, and lawyers. She also advises public sector unions in their negotiations with employers and government.

Adrienne represents complainants and public interest groups before a range of tribunals, including the Ontario Human Rights Tribunal, the Toronto Police Services' police discipline tribunal, the Ontario Civilian Police Commission, and the National Security and Intelligence Review Agency (formerly the Security Intelligence Review Committee, the body responsible for reviewing the actions of the Canadian Security Intelligence Service). She also provides strategic advice on federal and provincial election laws to trade unions and civil society organizations. She advises and represents provincial and federal bodies and tribunals, including statutory bodies mandated with police accountability, and the Specific Claims Tribunal of Canada, an independent tribunal established to adjudicate First Nations' claims against the Crown relating to land and treaty rights.

Adrienne presents at conferences in the areas of labour, constitutional and human rights and Indigenous rights, as well as tribunal advocacy and public sector bargaining. She was appointed adjunct faculty at the University of Toronto Faculty of Law, where she taught constitutional law, including Aboriginal and Charter rights, in the Global Professional Master of Laws Program.

Prior to joining the firm, Adrienne worked as a law clerk to Madam Justice Deschamps of the Supreme Court of Canada. She graduated from the University of Ottawa's Faculty of Law and received a B.Sc. from McGill University's School of Environment.

Adrienne brings to her practice a deep commitment to workers' struggle, Indigenous rights and sovereignty, and women's and LGBTQ rights. She is a member of the Law Union of Ontario's Movement Defence Committee and Anti-Colonial Committee.