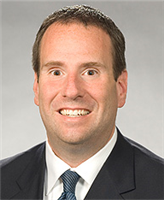 Adam R. Satin has been a partner with Lubin & Meyer since 2004, specializing in medical malpractice and general liability litigation. His cases have generated more than $60 million in gross awards for clients of the firm.

In 2012, Attorney Satin achieved two of the five largest verdicts of the year—a $5.83 million verdict for the family of a patient who died after his primary care physician discontinued his aspirin regimen, and a $3,582,831 judgment for the mother of a 12-year-old boy who died after an emergency room doctor failed to transfer him in time to treat a malfunctioning shunt.

Attorney Satin is one of the few attorneys in Massachusetts to obtain an award of punitive damages in a medical malpractice case and has also convinced jurors that a healthcare provider’s conduct constituted “gross negligence.” In 2006, he obtained an $8.4 million judgment after a jury trial against a member of the clergy who sexually molested a female congregant.

He is admitted in Massachusetts and Rhode Island. Read Adam Satin's full bio on lubinandmeyer.com.