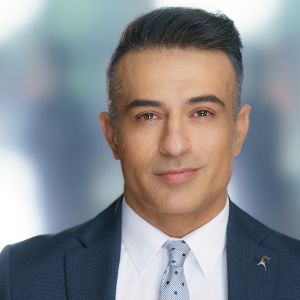 A. Ilyas Akbari is a partner at Baum, Hedlund, Aristei & Goldman, and has been with the firm since 2005. He concentrates his practice on commercial transportation accidents, as well as medical device and pharmaceutical drug product liability resulting in catastrophic personal injury or wrongful death.

Ilyas’ bioengineering degree has proven very beneficial in the trials in which he assists, as well as with the handling of his cases in general. In fact, Ilyas is in his element when he can blend his expertise in science and law.

Whether it is finding the chemical reaction associated with pharmaceutical side effects, the mechanism of injury and lasting effects of traumatic brain injuries, or the engineering flaw that caused an aircraft crash, Ilyas devotes himself to the investigation and discovery involved in litigation.

Ilyas has participated in many of the firm’s most successful cases. He was part of the team of Baum Hedlund lawyers who obtained one of the largest verdicts in Ohio State’s history in a truck accident case, resulting in $7M for the death of an unmarried person. He was also an integral part of the firm’s trial team which tried an aviation accident product liability case against Bell Helicopter Textron, Inc. in Los Angeles, resulting in a settlement after several weeks of trial.

He served on a trial team in Colorado, helping another firm in a trial against Riddell, a football helmet manufacturer. The jury returned a verdict of $11.5M against Riddell and several high school administrators and football coaches over brain injuries suffered by a teenager. The jury found that Riddell was negligent in failing to warn people wearing its helmets about concussion dangers, making the company responsible for $3.1 million of the damages.

Ilyas also helped litigate the 2015 Philadelphia Amtrak 188 derailment cases and the 2012 CSX coal train derailment in Ellicott City, Maryland and was on the team that litigated the two largest commuter rail disasters in Southern California, the 2005 Glendale crash and the 2008 collision in Chatsworth.

In addition, Ilyas has served in numerous leadership positions, overseeing major litigations involving large numbers of plaintiffs. He is served on the ad hoc committee formed to work up the liability case and coordinate all of the lawsuits filed as a result of Asiana Airlines Boeing 777 crash at San Francisco International Airport in 2013. He represented 25 claims arising from that incident. Three passengers were killed and more than 180 people were injured in this crash. He has also served on the Plaintiffs’ Executive Committee for the 2009 Colgan Air crash near Buffalo, New York, which killed 50 people, and the Plaintiffs’ Steering Committees for the Bisphenol-A (BPA) Polycarbonate Plastic Products Liability Litigation and the Heparin Products Liability Multi District Litigation (MDL). Ilyas also served as a member of a small team of attorneys prosecuting a 2008 Hawker 800 crash in Owatonna, Minnesota, which killed eight people during a failed attempt to abort a landing. He also successfully represented the family of Yvonne and Emily Selke, mother and daughter, who were killed when the co-pilot of Germanwings Flight 9525 locked the pilot out of the cockpit and intentionally crashed the airplane into the French Alps, killing all 150 on board; they were the only American residents on the plane.

When looking back at Ilyas’ success and fortitude, one would never know the struggles his family faced as refugees from Afghanistan. When Ilyas was just three years old, his family escaped the dangerous and war-torn country of Afghanistan to pursue the American Dream. Having spent their entire life savings to smuggle their young family to California, the Akbaris had nothing. With sheer determination Ilyas’ father built a life for his family and always did what he could for others. This example has driven Ilyas to fight for people who have lost it all: their lives or the lives of loved ones.

His harrowing and uplifting story was featured on Superlawyers.com in 2010. Below is an excerpt from the article:

At a time when children were prohibited from leaving the country, the Akbaris drugged their 3- and 2-year-olds, stuffed them into suitcases, and spent their life savings bribing their way out of Afghanistan. Akbari’s father was a prosecutor and his mother a teacher when they fled Kabul, but they didn’t know English, so they worked multiple jobs, took English classes, and Akbari’s father became an auto mechanic. Through sheer determination and hard work, he opened his own shop and now employs several people. Part of his American Dream was to send his son to college, and he did.

Ilyas earned his B.S. degree in Bioengineering in 2000 from U.C. San Diego. U.C. San Diego’s prestigious Bioengineering Department is consistently ranked as one of the top five programs in the world. While at U.C. San Diego, he was the founding Vice President of the International Society of Pharmaceutical Engineers. It was through this society that Ilyas met several scientist-attorneys, who inspired him to continue on to Southwestern University School of Law. While at Southwestern, he served as President of the Student Bar Association. He was also a Certified Law Clerk at the District Attorney’s Office in East Los Angeles, where he conducted preliminary hearings and misdemeanor trials.

Having worked as a defense lawyer for the first few years after law school, Ilyas has a unique perspective into the opposing side. This experience, coupled with his scientific training and his passion to help others, has proven invaluable to his practice.

Ilyas has worked on many of the firm’s cases and has experience handling many different types of wrongful death and personal injury cases, including aviation accidents, traumatic brain injury cases, truck crashes, pharmaceutical injuries and toxic poisoning cases. 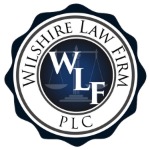