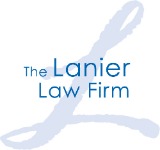 Founded in 1990 by noted trial lawyer Mark Lanier, The Lanier Law Firm is recognized as one of the premier trial law firms in the United States. The firm’s experienced trial attorneys represent companies and individuals across the country from offices in Houston, New York, Los Angeles and Oklahoma City.

The firm’s vast trial experience includes substantial verdicts in cases involving business fraud, serious personal injuries, products liability, dangerous drugs, toxic exposure and other civil litigation. The firm also is noted for its work defending some of the country’s largest companies. For example, in 2016, Mr. Lanier won two federal trial jury verdicts that together totaled more than $1.5 billion in litigation over metal-on-metal hip implants manufactured by DePuy Orthopaedics Inc., a subsidiary of New Brunswick, New Jersey-based Johnson & Johnson. In April 2014, Mr. Lanier and the firm won a record verdict against pharmaceutical giants Takeda Pharmaceutical Co. Ltd. and Eli Lilly & Co. over the dangerous side effects of the diabetes medication Actos, which ranked as the 7th largest verdict in U.S. history.

Although record-setting legal victories are a firm trademark, the primary focus remains with Mr. Lanier’s original vision to provide “the highest quality legal care delivered in an honest, professional manner to enrich the lives or businesses of our clients.” Every attorney at The Lanier Law Firm is committed to solving clients’ problems while working toward favorable legal resolutions.

Mr. Lanier serves as the firm's lead litigation counsel, and is recognized as one of the nation’s top trial lawyers. In addition to his Best Lawyers in America recognition, Mr. Lanier was named Lawyer of the Year in Mass Tort Litigation/Class Actions by Best Lawyers, and has been highlighted among the top 10 attorneys in Texas in the annual Texas Super Lawyers magazine, and featured in Texas Lawyer’s “Go-To Guide” as the state’s premiere personal injury attorney and as one of "The 25 Greatest Texas Lawyers of the Past Quarter Century."

The National Law Journal has recognized Mr. Lanier as one of nation's Top 10 Trial Attorneys on two different occasions, and highlighted him as one of the "100 Most Influential Lawyers in America" and one of the "Decade's Most Influential Lawyers." Following his victory in the nation’s first trial over the pain medication Vioxx, Mr. Lanier was described in the The New York Times as “one of the top civil trial lawyers in America.”

Another hallmark of The Lanier Law Firm is a dedication to professional and community involvement. Mr. Lanier is the founder of the Christian Trial Lawyers Association, a nonprofit organization whose goal is to create a network of principled attorneys to minister to others through civic-minded endeavors. Mr. Lanier also serves on the board of trustees for the Committee for Economic Development, a group of business and education leaders committed to improving the growth and productivity of the U.S. economy and greater opportunity for all Americans.