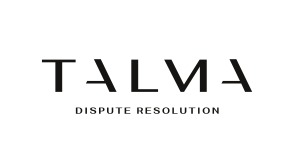 2 The Best Lawyers in France™ awards

TALMA Dispute Resolution is a law firm dedicated to the resolution of complex business disputes.

Our lawyers are involved in the most sensitive cases in international arbitration, commercial and corporate litigation, white-collar crime, compliance and internal investigations, in France and abroad.

Our culture is based on performance: we put our skills and creativity at our client’s service in order to achieve their objectives in a swift manner.

Martin Pradel acts in the most complex white-collar matters as well as in matters of commercial and corporate litigation, in France and abroad.Martin Pradel has extensive experience in sensitive cases with high reputational stakes.

He also advises companies, executives and political figures in white-collar criminal matters and compliance, particularly in cases of corruption, money laundering, terrorism financing and international sanctions. Martin also has wide-ranging experience in commercial and corporate litigation and is involved in numerous disputes relating to corporate life, including relations between partners or shareholders and contractual disputes. He acts before French courts as well as foreign courts, particularly in French-speaking Africa.

His experience as a Member of the Paris Bar Council (2018-2020) and of the National Bar Council (2020-2023) has allowed him to acquire a cutting-edge expertise in disputes between lawyers, in particular regarding partnership issues.

Alexandre has developed a cutting-edge expertise in arbitration-related judicial proceedings (appointment and disqualification of arbitrators; annulment, review and third-party proceedings, exequatur) as well as in the enforcement of arbitral awards against private persons or foreign States (Loi Sapin II).

In addition to his practice in arbitration law, he often acts as counsel, in France and abroad, in complex litigation concerning commercial and corporate disputes.

Aloïs Blin's practice focuses on white-collar crime and commercial and corporate litigation. He also assists his clients in internal investigations and compliance matters.

Recent cases handled by the firm:

- counsel to a French creator in an ICC arbitration against an Asin partner in relation to the sale of a trademark (amount in dispute: € 15 million , ICC arbitration in Paris, French law, English language);

- counsel to executives of a French food company in an internal investigation relating to alleged acts of complicity in war crimes and crimes against humanity in Central Africa;

- counsel to an Asian telecom company in an arbitration against a Central African state in relation to the performance of a settlement agreement (amount in dispute: € 25 million, CCJA arbitration in Abijdan, OHADA law, French language);

- counsel to a French Member of Parliament charged with misappropriation of public funds relating to the use of his expense allowance;

- counsel to a Saudi businessman involved in a case of illegal financing of a presidential political campaign in France;

- counsel to a French company prosecuted in the Middle East for alleged complicity in war crimes;

- counsel to an African businessman in a dispute between partners that gave rise to several commercial and criminal court proceedings;

- counsel to a French hospitality group in the enforcement in France of an ICC arbitral award against a West African State.