SUGARMAN is one of the oldest and most well-respected personal injury firms in Boston and Massachusetts. The firm traces its beginnings to the law practice of Nathan Fink, who began practicing law in 1920. Paul Sugarman, after service as an attorney in the U. S. Army JAG, joined Mr. Fink in 1958. Paul’s brother, Neil, joined the practice in 1967. The firm’s current principals - Neil Sugarman,  Marianne LeBlanc,  Benjamin Zimmermann, David McCormack and Stacey Pietrowicz - carry on the firm's tradition.  Both Paul Sugarman and Stephen Sugarman serve as Of Counsel for the firm.

In addition to the firm's storied history of obtaining outstanding results for its clients and precedent-setting cases, attorneys at SUGARMAN have served in numerous leadership positions in local, state and national bar associations. The attorneys frequently lecture to bar groups as part of continuing legal education and to non-legal groups to educate the public about the legal system.

For over 60 years, SUGARMAN's attorneys have concentrated in representing injured persons and the families of those killed through the wrongful conduct of others. SUGARMAN has come to be recognized as one of the preeminent plaintiff’s trial firms in New England. 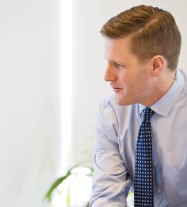