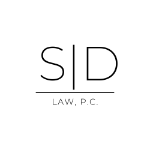 Navigate to map location for Sanger Swysen & Dunkle Call Sanger Swysen & Dunkle at 805-962-4887 Visit the website for Sanger Swysen & Dunkle
Share My Profile
Post on Social
Sanger Swysen & Dunkle is a Santa Barbara law firm limiting its practice to Criminal Defense and Civil Litigation in the State and Federal courts.  In addition to the Santa Barbara office, the firm has a branch office in Santa Maria.  Members of the firm appear in the Superior Courts throughout the state of California including Santa Barbara, Santa Maria, San Luis Obispo, Ventura, Orange County and Los Angeles.  Federal cases are handled in the federal courts located in the four Districts of California.  Appeals are handled in the state Courts of Appeal throughout California, as well as the California Supreme Court and, for federal cases, the Court of Appeals for the Ninth Circuit and the United States Supreme Court.  Selected cases are handled in other state and federal districts outside of California including the U.S. District Courts for the Northern and Central Districts of Illinois, U.S. District Court for the District of Columbia, the U.S. Courts of Appeals for the Seventh Circuit and D.C. Circuit, and the United  States Supreme Court.