Established more than 50 years ago, the law firm of Queller, Fisher, Washor, Fuchs & Kool has successfully represented seriously injured clients in personal injury and medical malpractice cases throughout the State of New York. The firm’s lawyers are highly regarded in the profession for their excellence in the courtroom and at the negotiating table. Over the years, our firm has won verdicts and settlements of over $1 billion for our clients.

Six of our attorneys have achieved AV Preeminent status with Martindale-Hubbell representing the highest ranking for ethical standards and legal ability. Five of our attorneys have been featured as Super Lawyers in the New York Metropolitan Area as published in the Magazine Section of the New York Times. Our firm is ranked among the Best Lawyers in the State of New York and is ranked among the Best Law Firms in the New York Metro area by US News & World Report in the field of medical malpractice law.

Injury Lawyers For You

Many of the cases handled by the firm are referred by other lawyers who know of the firm’s reputation for winning significant monetary awards in complex and very serious personal injury cases in New York CIty and throughout the State. Because of the firm’s winning record, comprehensive understanding of the law, attention to detail, and tenacity in the courtroom, the attorneys at Queller Fisher are widely regarded by their peers as the “attorney’s attorneys.”

A key factor to the firm’s success is selectivity in the cases it takes. The partners limit the practice to serious personal injury and medical malpractice cases in New York and New Jersey. This means that each case is given the complete personal attention of the partners, unequaled trial preparation, and access to the vast financial and technological resources of the firm.

Management & Demographics
Management
Jonny Kool
Partner
Dallin M. Fuchs
Partner
Christopher L. Sallay
Partner
Barry Washor
Partner
Stacey Pellegrino
Office Manager
Clients
About Our Clients
We represent the newborn, the young, the middle and the aged. We address and faithfully document the full magnitude of each client’s physical, mental and emotional injuries so that the same can be forcefully and poignantly communicated to a jury. We use our advocacy, our skills and our resources to touch the lives of others so that they, as judges, are ultimately willing and able to sense a client’s loss—what he or she has been forced to endure—and, compensate them fully. The message is at once simple and powerful: building compassion through purpose, strength and resolve; working harder, longer, and better to achieve litigation success; treating clients as individuals not commodities.; using technology with old-fashioned sense to reach the desired outcome.
Contacts
Contacts
Stacey Pellgrino
Office Manager
212-406-1700 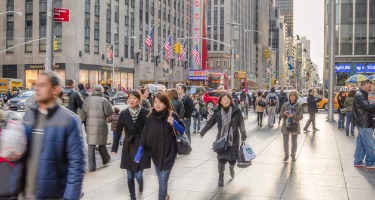 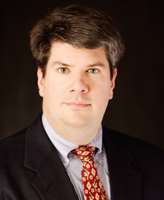