Duncan Craig LLP is an Alberta based law firm providing a full range of corporate and litigation services to local, national and international clients.  In addition to Alberta, our professionals also provide services to clients in British Columbia, Saskatchewan, the Northwest Territories, the Yukon and Ontario.

One of the oldest law firms in Alberta, Duncan Craig LLP was founded in 1894.  The original partners were William Short, who later served as the first Mayor of the City of Edmonton, and Charles Cross, who became the first Attorney General of the Province of Alberta.  125+ years later, we continue to build upon a long tradition of excellence in serving our clients' best interests with a dedicated and professional focus.

Community and relationships have been at the centre of Duncan Craig LLP’s values since the firm’s inception and the firm has always been an integral part of the provincial and civic communities. To celebrate 100 years of commitment to the community, in 1994, Duncan Craig LLP created the Laurel Awards to honour non-profit organizations, on an annual basis, who further their objectives through exceptional creativity and innovation. Winners continue to be honoured at an annual luncheon held in the fall of each year. In 2012 we created the Duncan Craig Community Fund, which supports a variety of non-profits each year who have touched the lives of our firm members.

Individually, the firm’s past and present members have been and are heavily integrated into the Alberta community. A number of lawyers have been appointed as judges at the Provincial Court of Alberta and various superior court levels. Additionally, many lawyers, have served as MLAs, Aldermen, City Councillors and candidates for various elected offices at both the civic and provincial level as well as in a variety of volunteer roles for political parties at civic, provincial and federal levels. Finally, all lawyers and staff members are encouraged to, and many do, serve on a variety of community, athletic and charitable boards, organizations and service clubs. 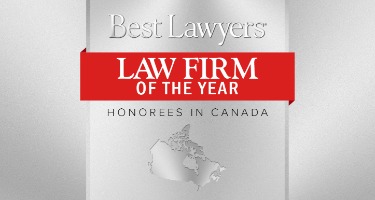