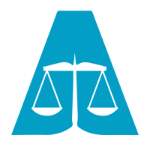 Assiff Law practices exclusively in the area of Plaintiff personal injury litigation, helping victims of accidents and negligence. Our founder, Norm Assiff was awarded the prestigious Alberta Civil Trial Lawyers Association (ACTLA) President’s Award for 2012–awarded to the one member of the Alberta bar who has distinguished himself or herself by his or her contribution to the profession or the community, the advancement of the law or their service to ACTLA.

We appeared at all levels of court in Alberta (Provincial Court, Queen’s Bench and the Alberta Court of Appeal) as well as the Supreme Court of British Columbia and the Federal Court of Appeal. We are a member of the Law Society of Alberta and the Canadian Bar Association, the Muslim Lawyers Association (former Western Canada Rep.), and are a sustaining member of ACTLA.