After several years of negotiations, the treaty—the 1980 Hague Convention on the Civil Aspects of International Child Abduction—came into existence. 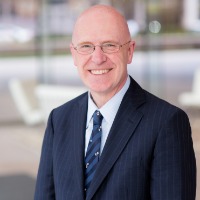 In the 1970s, a Texas attorney and professor, Cromwell Adair Dyer, Jr., joined a little known international organization in The Hague, Netherlands called the Permanent Bureau of the Hague Conference. This entity is an international organization for the cross-border cooperation in civil and commercial matters. The organization had worked with countries around the world on various civil and commercial international agreements and treaties that were largely unknown to the general public. However, Professor Dyer had an idea for a treaty for the protection of children that would become one of the most important treaties of all time.

After several years of negotiations, the treaty—the 1980 Hague Convention on the Civil Aspects of International Child Abduction—came into existence.

International family lawyers around the world hoped for modest interest from North American and European countries. Perhaps half a dozen countries would accede to this treaty that works to return children who are wrongfully removed or retained from their home country by a parent or relative.

After almost 40 years, this treaty is in force in over half the countries on our planet.

And it is a huge success. Most applications made under the treaty result in the immediate return of the children to their homeland. However, countries in Asia were very slow to come on board. No longer. Now countries such as Japan, Singapore, South Korea, and Thailand have all acceded to the treaty. The accession of Asian countries makes the child abduction convention a truly worldwide treaty and a truly effective and successful treaty. Professor Dyer would be very proud.

Stephen J. Cullen and Kelly A. Powers have established one of the leading international family law practices in the United States. As co-leaders of Miles & Stockbridge’s family law and private clients practice in D.C., they work on complex international divorces, custody, and financial relief in the United States and around the world. They also are well known for their work in addressing child abduction issues. To learn more, visit the practice’s blog.

Disclaimer: This is for general information and is not intended to be and should not be taken as legal advice for any particular matter. It is not intended to and does not create any attorney-client relationship. The opinions expressed and any legal positions asserted in the article are those of the authors and do not necessarily reflect the opinions or positions of Miles & Stockbridge, its other lawyers, or Best Lawyers.