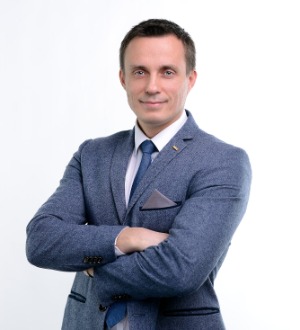 Despite the permanent state of reforming the sphere of state registration of property rights to real estate, the number and degree of seriousness of abuse while registering remains at least stable, and sometimes even aggravated.

It is easy to realize that three key circumstances undermine the legal regime in the field of registration: the technical ability of a registrar to perform registration actions (even if there are encumbrances or other obvious obstacles), the lack of inevitability of punishment for such illegal actions, and the insufficient effectiveness of the existing legal remedies for legal right holders.

Therefore, the only obstacle for the registrar in the above-said examples should be the letter of the law. However, in most cases of our reality, registrars-offenders get off only with a penalty in the form of a temporary suspension from the registry.

The expansion of the circle of registration subjects by the legislator led to the emergence of a whole “business” in the form of a network of dubious utilities, founded by small territorial communities, along with “ghost registrars” who exist only on paper and in the form of a binary code.

Obviously, this way of things encourages property owners and other owners of the property rights to think about the effective protection of their rights.

At the moment, the level of protection of real estate items from the encroachments of third parties can be determined on the basis of information on the registration of such rights. On these grounds, all rights to items can be divided into four categories:

1) the rights registered by registrars in the State Register of Real Rights to Real Estate (Register) after January 1, 2013 – are the most protected ones, confirmed by documents and information in the database with open access;

2) the rights registered by the technical inventory authorities in the Register from July 1, 2004 up to January 1, 2013 – are not less protected as compared to the rights of the first category, as they are confirmed by documents and information in the database, which is now considered the archive part of the Register;

3) the rights registered by the technical inventory authorities before 1 July 2004 or the start of the Registry activity as regards rights to real estate and their encumbrances (the start of the operation of the registry depended on the region, it was approved by local authorities, and it functioned to the utmost in 2009 only), – are considered the less protected compared to the rights of the first and second categories, as it is supported by documents and information in the database, which is currently only available in the technical inventory authorities;

4) the rights that are not registered at all – are not protected, since they exist only on paper and in most cases arose and were documented only in the period when the registration of rights was optional.

Special attention shall be paid to the registration of rights to land plots that still require double registration in the Register and in the State Land Cadastre. At the same time, the automatic interaction of these two systems, stipulated by the Law of Ukraine “On state registration of real rights to real estate and their encumbrances”, works out far from always, and owners of land plots need to apply to the land cadastre authorities themselves to reach complete certainty. They apply to the authorities to enter their personal data as owners, as well as to be properly displayed in relevant information systems.

Nevertheless, none of the above-said categories of real estate is absolutely secure, since a forgery of title documents was and remains the most effective way of encroaching on real estate rights, and none of the existing registration entities is obliged to verify their authenticity and is not responsible for registration actions on forged documents. At the same time, forging documents is possible in several directions: with regard for the first and second categories, documents are created that declare the transfer of the right to a “new owner”, which requires thorough knowledge of the transfer of rights under current legislation; with regard for the third and fourth categories – it is enough to create absolutely new documents on real estate rights in accordance with the previously applicable legislation, which is most convenient for falsifying documents, and documents confirming these rights – the corresponding certificate from the technical inventory authorities.

In practice, the classic judicial and administrative ones shall be singled out as effective ways to protect rights holders. The latter includes appealing against registration actions in the Commission for consideration of complaints in the field of state registration of the Ministry of Justice (Commission), and regarding the first two categories – it is identification of irregularities in the desk audit of the registrar’s actions by the ministry. Conducting a desk audit – is the part of the innovations in the state registration system aimed at identifying violations of the law by registrars, without involving the rights holders and the registrars themselves. At present, such checks are performed quarterly with respect to registration actions with the highest degree of risk, such as registration of rights with deadlines, during non-working hours, when scanned copies of documents are missing, based on court decisions, in case of cancellation of previously performed registration actions, etc.

Apart from this, the Commission uses the desk audit procedure when considering complaints against the registrar’s actions. If the outcome is favorable, a series of unlawful actions can be identified, and the relevant decisions of registrars are canceled and amendments are entered into the Registry by its technical administrator without additional procedural actions. However, the described mechanism can be classified as passive due to the lack of the right of the entity to initiate such an inspection (beyond the appeal procedure in the Commission).

The possibility of appealing against the registrar’s actions in the Commission allows you to protect your right to real estate without a court trial – a relevant legal dispute available precludes lodging an appeal to the Commission. At the same time, the creation of such a system of protection of rights was a response to the negative practice of the courts when considering cases of imposing on the registrars the obligation to take actions due to the fact that the decision making by registrars falls under their discretionary powers.

Among the positive aspects of the appeal lodged to the Commission shall be the possibility of reporting standpoint by the applicant personally and by a third person to the members of the Commission at its meeting, the declared faster consideration of the complaint as compared to the court proceedings, and the absence of the need to pay fees and duties. However, the offenders also apply to the Commission for the cancellation of legal registration actions, while the rights of the legal owner in this case are poorly protected: the issues of his notifying about the complaint and familiarization with its contents are not settled well. The actual period for the consideration of complaints leaves much to be desired, it often significantly exceeds the stipulated one.

With the new procedural legislation entry into force regarding the application of the traditional judicial remedy, problems have arisen to deal with the jurisdictional dispute between administrative and economic courts. In accordance with the position of the Grand Chamber of the Supreme Court, set out in decisions of May 16, 2018 in the case of

804/20728/14, the subject of verification by administrative courts in this category of cases is the observance of the procedure established by law – for the subject taking powers of authority regarding decisions on state registration of rights and their encumbrances and making appropriate entries in the Register. Administrative courts shall verify compliance with and the strict implementation of the state registration procedure solely on the basis of the law requirements, since the failure of the authority to comply with the law requirements nullifies the legality of the entire state registration procedure.

Separate attention in the context of judicial challenging to registration actions shall be drawn to the decision of the Supreme Court of Ukraine of October 20, 2015 on the case No. 21-1960-15, which contains a highly controversial conclusion that even clearly illegal registration actions cannot be canceled, if they were performed in the interests of the legitimate owner.

Despite the existing difficulties in the field being analyzed, the protection of rights and legitimate interests is not devoid of efficiency and expediency, but it requires a balanced integrated approach and constant monitoring of rights to real estate in the Registry.