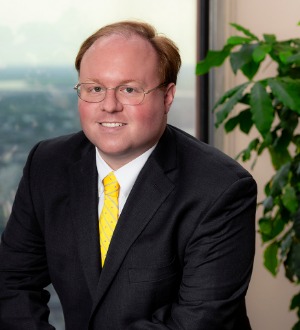 In its recent per curiam decision in Synikia Hester et al. versus Bryant Walker et al., 2020-CC-1278 (La. 05/13/2021)[1], the Louisiana Supreme Court overturned the denial in both the trial and intermediate appellate courts of a defense motion for summary judgment. The litigation pitted Louisiana’s prohibition against stopping on a highway against the presumption of negligence on the part of a following vehicle in a rear-end collision. In this case, the Court found that the facts fell in favor of the Defendants, and that the Plaintiffs had not rebutted the strong defense evidence.

In this case, an 18-wheeler driver was attempting to make a left turn across two incoming lanes of traffic into his employer’s facility in New Orleans. The driver claimed he turned on his left turn signal and stopped the tractor-trailer in the left lane of travel about sixty (60) feet from a break in the median dividing the four-lane roadway. He stopped thus to allow another vehicle to exit his employer’s driveway. The Plaintiff vehicle struck the trailer towed by the commercial driver before he made his turn. As a result of this impact, the driver of the Plaintiff vehicle died.

Plaintiffs alleged that the commercial driver had violated La. R.S. 32:141(A), which, in short, prohibits the stopping, parking, or leaving of a vehicle upon a highway when it is practicable to stop, park, or leave the vehicle off of the highway.  Defendants filed a Motion for Summary Judgment, alleging that, as a matter of law, the commercial driver of the tractor-trailer had not breached a duty to the deceased driver under the statute. Defendants cited to the commercial driver’s deposition testimony regarding his intent to turn left: that he activated his turn signal twenty-five seconds before impact, slowed, and brought the tractor to a complete stop; that he waited for oncoming traffic to clear the opposite lanes; and that he waited for one of two tractor-trailers blocking his employer’s driveway to exit so that he could enter.

Defendants also utilized the testimony of Detective Danny Ellis, the New Orleans Police Department investigating officer who is a certified accident reconstructionist. The Detective’s opinion was that the deceased’s speed and operator error were the causes of the accident, citing to evidence of this driver’s excessive speed. The Detective also noted that, upon inspection of the Plaintiff vehicle interior, a cell phone case was in the deceased’s right hand.  Testimony from a safety expert was also utilized by Defendants to show that the tractor-trailer operator followed normal safety protocols. Lastly, Defendants submitted video of the incident from the employer’s facility.

The Court noted that Motions for Summary Judgments are reviewed de novo by appellate courts in Louisiana, giving no special weight to the court below. Further, as the moving party (Defendants) did not bear the burden of proof at trial on the issue of the commercial driver’s breach of duty under the subject traffic statute, the only burden they maintained was to point out the lack of factual support for one or more elements essential to the Plaintiffs’ claims.

The Louisiana Supreme Court restated its prior holding that the purpose of La. R.S. 32:141(A)was to protect against the risk that a driver, whether cautious or inattentive, would collide with a stationary vehicle. That stated policy would, in most circumstances, have benefitted the Plaintiffs in this case. However, the Court went on to state that the statute does not apply to vehicles only temporarily or momentarily stopped while waiting to turn (citing to Jenkins v. Hernandez, 2019-0874 (La. App. 1 Cir. 06/03/2020), 305 So.3d 365). The Supreme Court concluded that: “Any interpretation which would apply the statute to a brief temporary stop made as a matter of necessity in the course of ordinary traffic would result in absurd consequences.” Indeed.

The Court found that the commercial driver’s testimony fit the evidence, particularly his recollection of a brief stop with his turn signal activated—the Court citing to a twenty-seven (27) second period of stopping per the surveillance video). The Court concluded Plaintiffs had not presented any evidence to the contrary.

The Court also relied on La. R.S. 32:81, which prohibits vehicles from following too closely, and Louisiana’s related jurisprudential rule that a following motorist in a rear-end collision is presumed to have breached his duty under that statute and is presumed negligent (citing Martin v. Hill, 505 So.2d 1120 (La. 1987)). In this case, the deceased had rather clearly violated his duty in rear-ending the commercial trailer.

THE TAKEAWAY FROM THE LOUISIANA SUPREME COURT RULING

Perhaps most important in this case is the demonstration that, even when certain facts or intents are disputed, courts can and will grant a summary judgment when there is particularly strong evidence one way or another. Plaintiffs in this case relied on conjecture and argument rather than the firm and multiple facts presented by Defendants. While the Defendants’ claims to lack of liability were not readily apparent to the courts below, the Louisiana Supreme Court dealt with this matter as a per curiam opinion after briefing and argument. For Louisiana’s highest court, this case appeared to be a “no-brainer.”

[1] Case not final until the expiration of the fourteen-day rehearing period.