Should SnapChat Be Held Liable For Speed Filter Accidents?

Should SnapChat be held liable for injuries caused by drivers using their speed filter? 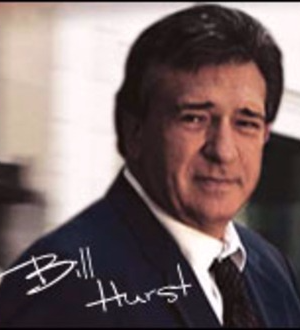 A civil action was filed in Georgia last year after an 18 year old girl who was allegedly using a SnapChat speed filter while driving at 107 MPH caused an accident. The complaint alleges that not only should the young girl be held liable, but SnapChat should also be held liable because in producing the filter they were were negligent and should be held jointly liable. This case has gotten a ton of attention for obvious reasons, so here is our analysis and opinion of it.
First, distracted driving has become one of the largest safety issues we currently face concerning travel, this is especially true when we are talking about teen drivers. In a study done by AAA it was shown that nearly 60% of all moderate-to-severe teen crashes were caused, at least in part, by distracted driving. You might be asking yourself what distractions account for these numbers concerning teen drivers, well here they are:
• Interacting with one or more passengers (15%)
• Cell Phone Use (12%)
• Looking at something in the vehicle (10%)
• Looking at something outside the vehicle (9%)
• Singing/Dancing (8%)
• Grooming (6%)
• Reaching for an object (6%)
So what does this have to do with whether SnapChat should be held liable for accidents occurring while the at-fault driver was using their speed filter? Well, let’s consider the facts that 60% of SnapChat’s users are between the ages of 13 and 24 and 11% of all SnapChat users admit to using SnapChat while driving, SnapChat Speed Filter meaning more actually do. Now we know that 60% of SnapChat’s users are young drivers and at least 11% of their users use SnapChat while driving, meaning they’re distracted. Now factor in the SnapChat filter (pictured right) that measures how fast someone is going and allows them to “Snap” it to their friends. Do you think this sort of feature is likely to encourage teens to speed in order to snap it and send it to their friends? Is it foreseeable that young drivers are likely to do so? You bet it is. But why does that matter?
It matters because when deciding whether SnapChat owes a duty to third-parties who are injured in an accident caused by a speeding driver using the speed filter courts will have to determine whether the harm to the third-party was foreseeable by SnapChat. In other words, the court will determine SnapChat had a duty to the third-party if it was foreseeable to SnapChat that providing the speed filter would result in the use of its application by drivers in a fashion likely to cause injury to others. Other companies have been held liable for injuries caused by their actions, most notably bars who knowingly overserve patrons who then cause an accident due to their high level of intoxication, these are called DRAM SHOP claims.
So was it foreseeable? What does the word foreseeable even mean? Foreseeable in the legal context means a reasonable person should anticipate the outcome as the result of his/her actions. So was it foreseeable? It seems that it was. The hypothetical “reasonable person” would understand that creating a filter on a smartphone app that is predominately used by young drivers would result in them speeding to send higher speeds to their friends. What other purpose was a filter like this supposed to have? Any mode of transportation other than running that is done at a significant speed requires immense concentration and the distraction of looking at a speed filter is more than enough to cause an accident. So it seems that it was foreseeable that this filter would cause an accident and therefore SnapChat should be held to have a duty to any third-parties injured as a result of the filter’s use.
But wait, does that mean SnapChat should definitely be held liable for the injuries caused by those using this filter? Maybe not. SnapChat was very quick to point out that it has a disclaimer which reads “Do NOT Snap and Drive” when the filter is being used. This may be enough to get SnapChat off the hook, but there is also a chance it may not be. With current technology it is completely plausible and rational that SnapChat could have either gotten rid of the filter or made it more safe by making the filter disable once a certain speed was reached, say 20MPH. Considering SnapChat was well aware these types of accidents were happening as evidenced by the Change.org petition for them to remove it, that high speed accidents are known by everyone to cause severe injuries, and the fact that they are a $16,000,000,000 with the financial resources to, at the very least, make this filter safer I’d say it’s reasonable to have expected them to do more than put a disclaimer on the filter.

So should SnapChat be held liable for these injuries? Maybe, maybe not. It will certainly be interesting to see how the court rules on this issue and we will do our best to post updates here.