Return the favor when bidding

Return the favor when bidding 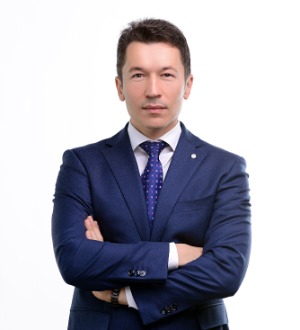 “Starting from the mass disputes related to the recognition of transactions as insignificant by official receivers, the market shifts towards disputes with regard for the bidding for the sale of assets of liquidated banks,” Denys Myrgorodskiy, managing partner of Dynasty Law Firm, talks about trends.

— It’s too early to speak on the climax.  The process of withdrawing insolvent banks from the market in 2014–2016 is just going smoothly from one stage to another.  Starting from the mass disputes related to the recognition of transactions as insignificant by official receivers (on the basis of Article 38 of the Law of Ukraine “On the System of Guaranteeing Individuals’ Deposits”), the market shifts towards disputes with regard for the bidding for the sale of assets of liquidated banks.  Well, onwards there is a serious court battle over the recovery of damages from owners of liquidated banks looming. This raises the feeling that the “losses” which are alleged as crime to the former owners and top managers, inefficiencies in the activities of the Fund and its authorized persons (liquidators of banks) asset management are often hidden.

We already have a number of instances where intentional loss of documents, unjustified termination of security contracts, the sale of the Bank’s assets at ridiculously low prices and prolonged inactivity of the official receivers on the background of active judicial protection of borrowers sounds the real reason of insufficiency of assets for the funds allocated to them for the payment of guaranteed deposits in favor of the Guarantee Fund.  There is no doubt that the Fund will pronounce those who have been grabbed assets to be guilty of this failure: ex-bank owners.

And finally, the first of disputes between owners of liquidated banks and a regulatory reached international courts, in particular, the European Court of Human Rights.  Regarding our country, there’s a great danger at the bottom of this. The Ukrainian section of the secretariat of the European Court is aware of this danger, trying to prevent such disputes from being heard, but this is a separate topic.

The Fund turned out not ready at an organizational level to manage such a number of complex processes and an array of assets, therefore in total, its actions can be characterized as extremely inefficient.

— What are the features of judicial practice with participation of the Fund?

— The main feature is the rampant inequality in the position of the parties, which the Fund and its representatives often sponge.  For example, if a bank liquidating agent caused damage or does not fulfill current obligations under contracts (rental of premises, operating costs, license fees, IT services, etc.), recovery of damages by enforcement is impossible in a general manner.  These requirements are included in the liquidation estate of the bankrupt bank and are satisfied from this property in 8th line according to Article 52 of the Law of Ukraine “On the system of guaranteeing deposits of individuals”, that is, they are not actually satisfied at all.  The winners in bidding for the sale of property of liquidated banks, which transferred funds under the agreement concluded at the end of the bidding, turn out in the same position, if the bidding is subsequently declared invalid.

The inequality includes the restrictions on the imposition of court injunctions in respect of the Fund and its authorized persons included in the procedural codes.  This often deprives the Fund’s opponents of the right to effective judicial protection in situations where it takes deliberately wrongful actions: for example, as it issues ownership of mortgage property on already repaid loans.

This impunity often breeds corruption. The following situation clearly illustrates the fact – the largest bribe in the history of Ukraine, registered at the time of being transferred to law enforcement agencies (5 million USD), it was intended to the authorized person of the Fund, carrying out the liquidation of one of the banks of the third group.

— what about the case with compensation for damage that was caused to the banks bankrupt today ?

— The main way of compensation today is the auctions for the sale of assets of the liquidated banks that are conducted on electronic trading platforms on the principle of a Dutch auction.    Concurrently, there’s no complaints the transparency and efficiency of such platforms, but poor quality preparation of lots by the Fund gives rise to plenty of problems. Typical situation is related to the cases of the auction of the mortgage or claim rights based on … repaid loan. Often there is a court decision confirming the obligations to the Bank under liquidation missing. Of course, the judicial conflict between the lot buyer and the debtor/mortgagor in this case is inevitable, but the Fund does not seem to be worried.

Another typical pattern is when bidding rights are put out to tender, for which no or a significant part of the documents has been preserved.  That is, the winner of the bidding cannot realize the purchased right, and this should be obvious to the Fund’s specialists.  But no one informs bidders about the situation that has arisen, because in that case no one will want to take part in the bidding.

It seems to onlookers that it is important for the Fund to get money from buyers at all costs, and its consequences are not interesting.  After all, it is impossible to effectively recover money back from liquidated banks, as I have already said.

— This practice is not enough, but we understand that this is a new trend, and the National Bank of Ukraine and the Fund are just gaining experience, the bulk of such claims are still ahead.   This is partly due to the fact that the exact amount of damage subject to be recovered can be ascertained only after the termination of the bank’s liquidation procedure, but until the completion of the majority of insolvent banks liquidation is still a long haul ahead.

Today, such disputes can be divided into two trends: the first one is collection of debts under refinancing contracts of commercial banks from their owners on the basis of surety signed by the owners; the second one – claims on the basis of paragraph 6 of Article 58 of the Law of Ukraine “On Banks and Banking Activities” against persons associated with the bank.  (the meaning of this term is disclosed in article 52 of the law).

The first public defendants in claims for the recovery of debts on refinancing were Vadim Novinsky, a guarantor of Bank “Forum”, and Konstantin Zhevago, a guarantor of “Finance and Credit” Bank, and more often the disputes are now underway.  As for the recovery of losses from related parties of insolvent banks, the Fund’s claim to shareholders and top managers of “Brokbusinessbank” for 8.9 billion UAH is already pending in court. It is also known about the Fund’s attempt to file a similar lawsuit against “Active Bank” related persons in the amount of 1.7 billion UAH.

As follows from the statements of the Managing Director of the Fund Konstantin Vorushilin, announced in late September, they are only the first fruits. A significant part of the 145 billion UAH, which the Fund shall return to the Ministry of Finance of Ukraine to recover borrowings, is expected to be paid off by former owners and top managers of the liquidated banks.