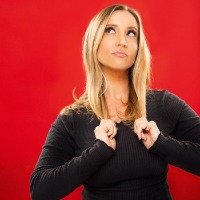 According to the Children’s Law Center of Connecticut, back in November 1992, a 6-year-old girl was shot to death by her father during a supervised visitation session at the office of the Child Protection Council of Northeastern Connecticut. In the aftermath of this tragic event, both law professionals and parents sought to examine the way the system had failed. One major way was the absence of legal services specifically for children. This was how the Children’s Law Center was founded.

My parents’ divorce was not this contentious—my sister and I are still very much alive. But it was contentious enough that 10 years later, when I went to see a therapist in the town we lived in during the divorce, he brought it up numerous times.

Their divorce took over two years, much of which revolved around a custody battle for me. I wanted to live with my father. My father wanted me to live with him. But I was terrified of my mother, who was verbally and emotionally abusive. She would come home from a long day in court, yelling into the darkness, “They are saying that I’m an alcoholic! You have to go to court and tell them that I am not and that you want to live with me.” My mother is, in fact, an alcoholic. I could not do what she asked. But I couldn’t go against her either. She told me one night that if I went to live with my father, that she would never talk to me again. That I would no longer have a mother.

I was 12 years old at the time and did not feel prepared to make that kind of life-altering decision.

The Journey Toward Finding My Voice

A lawyer was appointed by the court to represent my sister and me. We met her for pizza on a snowy winter night in the center of town while she told us that her job was to fight for us. To the best of my knowledge, that meeting was the extent of her fight.

I texted my dad recently to ask him if he could get me in touch with the woman who represented my sister and me, as I began to think about writing this piece. “Why would you want to get in touch with her? She sucked,” he texted back. Harsh as his words were, a weight lifted off me. All these years, I’ve thought that my inability to speak up and state what I wanted, what I knew would be best for me, was my failure. Now I know that I was just a child. It wasn’t my job.

I am in recovery from addiction and work a 12-step program. In my first year of recovery, when I still did not feel safe standing up for myself in situations, my sponsor would tell me to say it was their idea. It was easier to say no when I could point to someone else and say, “They think this is best.”

I asked a former staff attorney at The Children’s Law Center, Kathryn Bissonnette, who currently works at Brown, Paindiris & Scott, LLP, in Glastonbury, CT, to weigh in. “Typically, the parents aren’t in a good position to explain these things to their kids. While a parent may have good intentions, they may end up being too direct and enter the realm of telling the child what to tell the lawyer in order to further their own positions in a custody dispute context,” she said.

Bissonnette agrees that taking kids out to pizza once is not sufficient to establish rapport. “The attorney should speak with the parents about their child’s interests first so that they have a jumping-off point. When I represented kids, I met with them on multiple occasions,” she continued.

In these cases, kids need an adult they can trust to prioritize their best interests, or they will see no point in sharing their wants and needs. Beyond that, they need to feel confident that their parents won’t get upset about what they have said.

“There were times when I wouldn’t share certain things that a child said with the parents and then there were other times where I felt the parents absolutely needed to hear what their child was saying. A good attorney for children will know when sharing information is appropriate and when it will destroy the relationship between the attorney and the child,” she concluded.

Respecting Children Throughout the Divorce Process

Although I am no longer a child, and my parents’ divorce was decades ago, hearing that the system put in place does work was heartening. That perhaps my case was the exception rather than the rule. It is not enough to want to do right. One needs the proper training, effort, and the power to carry it out.

“The goal has to be to promote the best possible outcomes for children and families in transition or crisis by providing quality, affordable access to resources, and legal support. We need to create safe and stable environments for kids, whose parents are in crisis or conflict, so they feel safe, heard, and like their voices matter. And in some cases, we need to give the parents the necessary tools to communicate. It’s most important to listen to the children and try to diffuse conflict as much as possible,” she continued.

Divorce isn’t easy for anyone. But it’s hardest on children, who lack agency and understanding. The ability to gain a child’s trust, to help ease communication, to seek out and present what is truly in their best interests is a complicated mission. It can, however, be carried out with grace and compassion.

Rebecca Rush is a comedian and writer who has appeared on Viceland and Funny or Die. She hosts The Vulnerability Show and Comic’s Book Club Podcast and is a regular contributor to Workit Health. She is currently finishing a collection of essays. She lives in Los Angeles with a tiny dog and gigantic kitten.

Pets and Divorce-Who Gets the Dog? (Part Two)

Pets and Divorce-Who Gets the Dog? (Part One)