2017-06-15 2017-06-15 Drafting a premarital agreement should instead focus on a collaborative effort of two people coming togethe... Best Lawyers

Drafting a premarital agreement should instead focus on a collaborative effort of two people coming together to create a “life plan” with regard to forming a lifetime partnership. 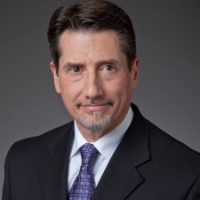 Premarital agreements are gaining in popularity. They are now a regular facet of both marriages and divorces. Retirement-age couples find them attractive for organizing and protecting their estates for ; middle-age couples look to them to avoid repeating the trauma of recent divorces; and young, never-married, professional couples find that such agreements fit their perception of marriage as a contractual business partnership.

Most people wrongfully perceive drafting a premarital agreement as an adversary, hard-nosed business deal with one spouse on one side of the table with his or her attorney and the other spouse on the other side of the table with their attorney. Such an approach not only increases the cost of preparing such agreements, but it is certainly counterproductive to starting the couple on what should be a lifetime of wedded bliss. Drafting a premarital agreement should instead focus on a collaborative effort of two people coming together to create a “life plan” with regard to forming a lifetime partnership. It is well-documented that conflicts over how to handle financial matters and spending are one of the biggest causes of divorce. Getting a couple in-sync on a mutual philosophy and expectation for jointly handling their property and finances should give them a healthy start to . Going through the process of mutually crafting such a life plan can also help build new trust and understanding between both parties.

As noted above, there are a variety of reasons that potential spouses enter into premarital agreements. The most common of these are:

A premarital agreement setting forth each spouse’s rights and interests in property is often a component of an estate plan governing the disposition of a spouse’s property upon death. This is particularly true in the case of second marriages where a spouse may have children (i.e., heirs) from a first marriage.

A related reason for a premarital agreement is a desire to protect a new spouse from fights with the spouse’s relatives and children upon their death. Conflicts between children from a prior marriage and the surviving new spouse over the deceased spouse’s property are very common and can be quite vicious. Having a premarital agreement in place can help mitigate these conflicts by making clear everyone’s respective rights and interests.

Spouses often come into marriages with a lot of financial baggage. These would include such things as judgments, debts, bad credit, bad spending habits, or a profession that has high liability risks (like prenatal surgeons). Premarital agreements may offer a level of protection to one spouse against the other spouse’s pre- and post-marital financial baggage.

Premarital agreements can also be used to help facilitate the operation of one spouse’s business dealings after marriage. Spouses who operate their own businesses often need to enter into contracts and/or obtain loans as a regular part of their business. A premarital agreement may obviate the need to have the non-business spouse involved in such routine transactions, making life easier for both parties.

Of course, lessening the costs and trauma of a potential divorce is still a major reason for a premarital agreement. Arizona (and the District of Columbia) is one of 25 states that have adopted the Uniform Premarital Agreement Act (UPAA). Under the terms of the UPAA, parties are free to contract on a wide variety of issues (with the exception of child custody and support), and the legal burden is on the party wishing to challenge the validity of the premarital agreement to prove the necessary grounds for setting it aside. Family law judges tend to be big fans of premarital agreements because they streamline the divorce process. Consequently, it is generally very difficult to have these agreements set aside in a divorce case.

Mr. Richard is a partner with Dickinson Wright PLLC. His practice for the past 30 years has focused on family law and divorce cases. He has been a certified specialist in family law for the past 15 years and is a fellow the American Academy of Matrimonial Lawyers. He has been listed in Best Lawyers for a number of years.