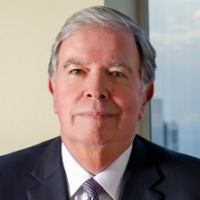 The COVID-19 pandemic has significantly impacted the way justice is delivered across the U.S. To their credit, the courts reacted swiftly to the virus by establishing rules and protocols to maintain the health and safety of everyone from judges, lawyers, jurors, and court personnel to citizens using our system of justice to obtain a fair trial or ruling.

According to a survey by the National Center for State Courts, most courts suspended in-person proceedings and halted virtually all jury trials. In addition, most of these same courts limited entry to courthouses, extended deadlines for filings and payment of court fees, and encouraged teleconferences, remote depositions, and videoconferences to replace in-person hearings. Since then, the majority of state courts, including here in Illinois, regularly update their websites with information ranging from key court dates to new protocols such as the wearing of a face covering and social distancing. The Illinois Supreme Court even has a tips sheet for litigants on how to use videoconferencing.

As you can imagine, transitioning from in-person proceedings to conducting court business online required countless logistical considerations including training for judges, court staff, and litigants, and new ways to ensure hearings are accessible to the public as required by law.

In Chicago, Timothy Evans, Chief Judge of the Circuit Court of Cook County, identified and implemented several operational phases of reopening. This was no small feat given that Cook County is the largest judicial circuit in Illinois and one of the largest unified courts systems on the planet. While the civil courts reopened as soon as reasonably feasible (but virtually, due to serious safety concerns and unique logistical issues), jury trials appear unlikely, if not ruled out for the remainder of 2020.

In less populated areas of Illinois, situations vary. For instance, Judge Michael P. McCuskey of Peoria, Illinois was preparing to begin holding jury trials in July in his reconfigured courtroom with proper distancing, face coverings, and plexiglass shields separating participants. Some counties far less populated counties have held jury trials infrequently and have adapted in their own way.

Rules vary across states and courts. The Michigan Supreme Court adopted a rules change to allow cell phone usage in its 242 courts. They are not alone in reconsidering their policies about cell phones and personal electronic devices -Virginia and Massachusetts have also the same.

Other states have gotten creative in the way they dispense justice. Virginia Beach, Virginia, developed a drive-thru court concept to provide services like marriage licenses and notary items to citizens so they don't have to leave the safety of their vehicles. The Ninth Judicial District Court in Tennessee established a “parking lot court” to hold proceedings on agreed-to matters like settlements that require court approval. The Salt Lake City Justice Court developed a mobile courtroom by using a borrowed R.V. for matters like bail hearings, sentencing hearings, and probation violations. Criminal defendants must remain six feet from the judge and the judicial assistant inside, while a prosecutor appears over a laptop video and a defense attorney joins in by phone.

Many of the court changes also address litigants who prefer to represent themselves. In Illinois, self-represented individuals, who account for 41 percent of the civil appeals filed, now have access to the first-ever legal help desk for appeals. Plaintiffs can submit a question online about their appeal and receive an answer from a pro bono lawyer.

Undeniably, COVID-19 has had a major impact on the practice of law and court operations. Some changes will be short term while others may last longer or become permanent. Technology upgrades such as electronic filing and Zoom or other remote options are likely here to stay, at least in some fashion. The pandemic will change the health and safety protections of our courthouses and could even change the way courthouses are designed.

Once the courts fully reopen, there will likely be a surge in various types of legal cases due to the disruption. These cases include evictions, foreclosures, personal injury, family law, and beyond.  But no matter what happens or how soon, all stakeholders, from court personnel, lawyers, and the public will face the greatest challenge of all—the need to adapt and to do so as efficiently and expeditiously as possible.

Todd A. Smith is a founding partner of Smith LaCien LLP. He and the firm work on behalf of people who have suffered catastrophic injury or wrongful death. The firm excels in aviation, medical malpractice, trucking accidents, class actions and other serious personal injury matters. During his 40 year career, he has achieved more than $2 billion in settlements/verdicts and attained more than 100 settlements/verdicts exceeding $1 million.

It's Cheaper, But What's the Cost? - Uber and the Sharing Model