NYC employers can no longer ask job applicants about their compensation history. 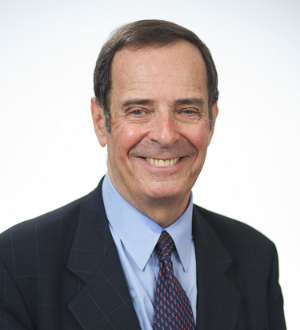 On April 5, 2017, the New York City Council passed Intro No. 1253-2016 restricting an employer’s ability to ask job applicants about their salary, benefits, or other compensation history during the hiring process. The legislation amends the New York City Human Rights Law (HRL) and applies to private employers in New York City with four or more employees. New York City Mayor Bill de Blasio has publicly supported the bill, but has not yet signed it into law. Last year, Mayor de Blasio signed a similar bill banning city agencies from asking about salary histories and is expected to sign this bill as well. It will take effect 180 days after he has signed it.

Although it is already unlawful under New York City law for an employer to discriminate against a person “in compensation or in terms, conditions or privileges of employment” on the basis of gender, this bill is intended to eliminate employers’ reliance on prior salary histories to determine compensation. It is part of an effort to strengthen equal pay provisions by targeting some of the factors that perpetuate the gender pay gap. The bill follows similar measures taken in other states such as Massachusetts, Puerto Rico, and Philadelphia. Some similar local and state laws have been challenged. For instance, the Chamber of Commerce for Greater Philadelphia filed a federal lawsuit earlier this week challenging the city ordinance on First Amendment grounds. A similar challenge to the New York City bill is possible.

Notwithstanding the above prohibitions, not all communications about salary histories are prohibited. Where a job applicant voluntarily, and without prompting, discloses his or her salary history, the employer may consider that salary history to determine the applicant’s compensation and to verify it. Furthermore, the legislation permits employers to:

Notably, the legislation only applies to applicants­—not existing employees. The law does not apply to:

Employers inquiring about salary histories in the hiring process based on one of these exceptions may want to proceed with caution. As this law is an amendment of the HRL, courts can be expected to construe its provisions liberally in order to accomplish the broad and remedial purposes of the HRL.

Under this law, employers that improperly inquire about or rely upon a job applicant’s salary history may be subject to compensatory damages (including back and front pay), punitive damages, and attorneys’ fees in litigation brought by an aggrieved individual. The New York City Commission on Human Rights may, on its own investigation, impose a civil penalty for violations and can seek punitive damages for willful violations.

How Should Employers Prepare?

To prepare for this law’s implementation, employers should carefully review their current practices to ensure that:

We will continue to monitor developments on this legislation and post updates to the firm’s blog as additional guidance becomes available.