New tax incentives show the Spanish government investing in audiovisual production in the Canary Islands and beyond. 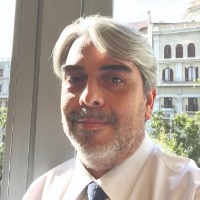 The Canary Islands, a Spanish archipelago located in the Atlantic Ocean, lie 100 kilometers (62 miles) west of Morocco at the closest and are one of the outermost regions of the European Union. The islands, of volcanic origin, are part of the natural region of Macaronesia, along with the archipelagos of Cape Verde, Azores, Madeira, and the Savage Islands.

The archipelago, due to its location, should have a warm and dry climate. But factors such as its insularity and relief result in considerable contrasts in rainfall, which give rise to a great biological diversity that, together with the rich landscape and geology, makes it like a miniature continent. Despite this diversity, the Canary Islands are still known as the "lucky Islands,” among other reasons because of their eternal spring climate, with a thermal oscillation of 6 degrees Celsius between the different seasons. These natural attractions, the good weather, and the beaches make the islands an important tourist destination, visited every year by about 12 million people.

Notwithstanding the above, in an effort to diversify the Canary Islands economy, the authorities have proposed to stimulate other sectors as well. One of them is the audiovisual (or film production) sector, mainly due to the above-mentioned advantages, which are highly valued by producers: variety and proximity of locations, stable climate all year round, more than 4,000 hours of natural light per year, air and sea connections, a range of hotels to suit all tastes and budgets, professional and institutional experience, and security. After all, the Canary Islands is within Europe.

As a proof of Spain's commitment to cinema production, it is worth noting that film production has increased by 89 percent in the last decade and has become the second largest co-producing country in Europe, according to the European Audiovisual Observatory. Game of Thrones, Black Mirror, Solo: A Star Wars Story, Jason Bourne, Exodus: Gods and Kings, and Fast & Furious 6 are just a few examples of the latest productions that have been fully or partially filmed in Spain. Spain, and more specifically the Canary is trendy in the film industry. That is the reality.