Lytal, Reiter, Smith, Ivey & Fronrath holds corporate America’s and the insurance industry’s feet to the fire in its quest for justice and consumer safety.

In addition to its current success, the firm also has a lengthy history of aggressively litigating its cases. Lake H. “Trey” Lytal, III, was a boy of just 11 the first time he watched his father, Lake Lytal, Jr., tell a jury a story. The case, Trey Lytal recalls, involved a fisherman whose everyday trip to the bait shop became a nightmare when his foot became caught in a rusted grate. “It took two minutes to free this man’s foot,” the younger Lytal says. What left the bigger impression was his father’s ability to explain to the jury how the injury had affected his client. “He was able to give a voice to the voiceless,” says Lytal, who earlier this year was named president of the Florida Justice Association.

Today, Lytal and six other partners manage the firm of nearly 70 total employees. “Trey’s dad and Joe Reiter started their firm in 1985. Thereafter, it grew into one of the more prominent personal injury firms in America,” says Scott B. Smith, who in 2017 received the “Lawyer of the Year” award by Best Lawyers for Personal Injury Litigation – Plaintiffs in West Palm Beach. “When the Lytal & Reiter firm and the Smith, Ivey & Fronrath firm merged in 2011, we combined forces in our fight for those injured and harmed.”

The firm is as comfortable as ever in its role as David in the fight against Goliath. Says Smith, “Without us, the hard-fighting litigators of this country, the injured victim wouldn’t have any legitimate path to recovery in the battle against the wrongdoer and the insurance industry.” Trey Lytal adds, “We have always been and will always remain the strong voice for those that cannot speak for themselves.” 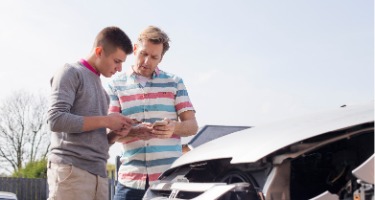