Liability of Administrators: Key Issue for the Australian Insolvency Professions 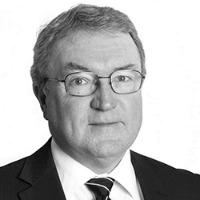 Since corporations are legal devices that can only act through natural persons, questions frequently arise as to the capacity in which those persons were acting when carrying out certain tasks. This can be of particular concern for insurance practitioners in the case of, say, temporary employment arrangements. Depending upon the function being discharged by the at the relevant time, they could be the servant or agent of their ordinary employer or the third party to whom their services have been hired. While the law in this area has a reasonably developed framework,[1] the law concerning administrators is far less clear in this regard.

While corporate administrators often operate in firms, their appointment is personal. When an administrator leaves the employ of their firm, their appointment is unaffected by that departure. Section 437A of the 2001 Corporations Act (Cth) empowers an administrator to, among other things: control and carry on the business; control and manage the property and affairs of the company; and perform any function and exercise any power that the company or the officers could perform or exercise if the company were not under administration. Frequently, the administrator will not exercise these powers and functions themselves and will have employees of their firm perform specific guidance under their supervision and control. In those circumstances, questions can arise as

The law regarding these issues remains in a state of flux. The clearest statement of principle to date can be found in the decision of Re Hun Kai Finance Co[2] where it was said (in obiter):

"I am more inclined to the view that as the Liquidator was appointed in his personal capacity and not in his capacity as an employee or partner of BDO Ltd or BDO Partnership, and discharged his duties in that office as an officer of the court, it would not be fair and just to hold the employer or partnership vicariously liable as the Liquidator owed no duties to his employer or the partnership in the performance of his duties. This is analogous to the situation of an employer company nominating its employees to act as directors of its subsidiary. As the employees were acting as directors in their individual capacity and not as employees of the parent company and owed no duties to the employer in the performance of their duties as directors, the employer was not vicariously liable for their wrongdoing."

Australian authority on the same issue remains sparse. Recently, however, one of Colin Biggers & Paisley’s major pieces of insurance litigation has shed some light on the topic.

The Supreme Court of Western Australia is hearing the matter of Lanco Resources Australia Pty Ltd v. Griffin Energy Group Pty Ltd (CIV 1298 of 2015). Four partners of KordaMentha were appointed as administrators of the four corporations comprising the Griffin Energy Group (GEG). In the course of the administration, it was determined that some of GEG's assets should be sold off to third parties. To that end, the administrators, assisted by various KordaMentha employees, undertook various steps, including the preparation of a data room, so that prospective purchasers could conduct their own due diligence into GEG. The entity that ultimately purchased some of GEG's assets is now suing a number of parties, including KordaMentha and the individual administrators, on the basis that information contained in the data room was (allegedly) misleading and deceptive. One of the key issues raised in that litigation is whether KordaMentha is vicariously liable for the conduct of the individual administrators and/or those of its employees who carried out particular tasks relating to the administration of GEG at the direction and under the supervision of the individual administrators. Judgment is awaited.

When is ultimately handed down, we will have a clear and authoritative judicial statement on these issues, which will form the framework for the development of the law in this relatively unchartered area of the law.

Damian Clancy is a senior associate in Colin Biggers & Paisley's insurance team specializing in professional indemnity, directors' and officers' liability, and shareholder class actions. His clients range from domestic Australian insurers to international insurers headquartered in London and the U.S. Damian holds a bachelor of laws (with first class honors) Victoria University and a master’s degree from the University of Melbourne.

Patrick Monahan is a senior partner of Colin Biggers & Paisley Lawyers in Australia and is the head of the national insurance practice group for the firm. Patrick himself is based in Melbourne and acts for the London and Lloyds Insurance markets and most of the Australian insurance market, with a particular focus on D&O, financial institutions, and PI insurance matters. Find our more on his website at https://www.cbp.com.au/ and https://www.cbp.com.au/people/patrick-monahan.