Auto accidents can result in serious injuries to occupants of the involved motor vehicles. Passengers are often the most seriously injured in a crash and there are frequently multiple passengers hurt in a single accident. An injured passenger is completely innocent in a crash and has the legal right to pursue compensation against the at-fault driver.

The at-fault driver could be the person in the other vehicle or the driver of the vehicle occupied by the innocent passenger. And, in a single-vehicle accident, it would certainly be the driver of the automobile with the injured passenger. In all of these circumstances, the passenger likely has a claim for personal injury compensation against the negligent driver.

Depending on the state where the accident occurs, the passenger will have a number of different claims. These can include compensation for pain and suffering, medical expenses, lost wages, and other damages.

While many people are reluctant to sue the driver of the vehicle they were occupying, it is not uncommon at all. Many times, it is even a family member or friend that caused the crash. In those circumstances, the claim is made against the insurance company and should not affect the at-fault driver. Any settlement will be paid directly by the insurer.

In the event that the at-fault driver did not have auto insurance, the injured passenger can often look to their own auto policy. If the passenger had car insurance or lived with a relative with car insurance, a claim can be made for uninsured motorist benefits. These payments cover an injury victim if they are injured by a driver who was uninsured at the time of the crash.

The injuries in the accident can be serious and settlement compensation can be significant. Some common serious injuries include:

In crashes that involve a fatality, the surviving family members can file a wrongful death lawsuit against the wrongdoer. These cases seek compensation for the pain and suffering of the decedent prior to death and for the loss of companionship of family members. Claims for financial losses, like loss of earnings and support, can also be made.

It is not in your best interest to accept a settlement without first discussing your claim with a skilled auto accident lawyer. Insurance companies may make lowball offers to entice a cheap settlement or the adjuster may not disclose the full policy limits. An experienced lawyer will work hard to achieve the maximum possible settlement. 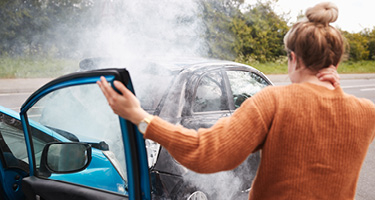