If the trend of decriminalizing the use of small amounts of marijuana for recreational and/or medicinal purposes continues, marijuana may be widely available across the country within a matter of years. 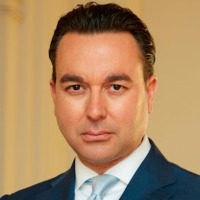 Marijuana use is now legal, at least in some form, in 29 states. An increasing number of states are climbing on board to legalize marijuana as a way to generate much-needed revenue and to reduce the unnecessary prosecution of minor drug offenses.

If the trend of decriminalizing the use of small amounts of marijuana for recreational and/or medicinal purposes continues, marijuana may be widely available across the country within a matter of years.

Marijuana is still, however, classified as a Schedule I drug under federal law. Possession of marijuana is still a federal offense, regardless of any applicable state laws that may have decriminalized use in a particular state. Under President Obama’s watchful eye, the federal government all but formally agreed to refrain from prosecuting petty marijuana offenses in states where marijuana was legalized. It remains to be seen if this informal agreement will remain in place under the new administration.

Even though the federal government essentially agreed to divert its attention away from minor possession charges, it has still been able to undermine the growing state marijuana industries. A number of other laws pose threats to individuals who are involved in the marijuana industry. For example, a person could potentially face serious criminal charges for legally operating a small marijuana dispensary. Even though their actions comply with all pertinent state laws, the federal government can still arrest and charge them with incidental (and potentially unavoidable) crimes.

As criminal defense attorneys who specialize in drug crimes, it is important to be aware of the types of crimes clients may be forced to defend against. The scope of crimes that could potentially be charged is vast. What kind of federal crimes could a small marijuana dispensary owner commit? One of the most likely offenses is tax fraud. Tax fraud is the crime of intentionally attempting to evade the payment of taxes. This can be done in at least two ways: underreporting income and taking improper deductions.

While the marijuana dispensary operation may be by the books, it can be difficult to find a bank that will accept any money that is generated by the business. Many banks fear that they will be prosecuted for money laundering if they allow funds generated by a criminal activity to be processed through their institution. Dispensary owners are then forced to hide their proceeds and work off the books. This can result in serious tax issues. A cash business is ripe for abuse and fairly easy for the IRS to pick apart.

A small business owner who is not financially savvy could face serious criminal consequences for circumstances beyond his/her control.

Self-employed individuals are generally allowed to take certain business-related deductions on their tax returns. However, the IRS prohibits individuals who are engaged in criminal enterprises from making any business-related deductions. This means the dispensary owner who takes deductions for rent, utilities, supplies, salary, and other dispensary-related expenses would be breaking the law.

The bottom line is that even though marijuana may be legal under state law, it is still considered a criminal enterprise under federal law. Owners of legitimate businesses (as far as the state is concerned) can face serious criminal consequences for just trying to make a living. This is true despite the existing “wink, wink, nudge, nudge” agreement between the federal government and states where marijuana is legal. This will not change until federal laws change to reflect the shifting culture and attitude toward marijuana enterprises. Criminal defense attorneys should take the initiative to brush up on their understanding of crimes that could be charged in these situations. The greater the scope of knowledge, the better we can serve our clients.

Ambrosio Rodriguez is an attorney and founder of The Rodriguez Law Group, a leading criminal defense firm located in Los Angeles, California. Mr. Rodriguez is a graduate of top-ranked Georgetown University School of Law, is a former prosecutor, and has over 18 years’ experience. Call today for a free consultation.

5 Years of Legal Cannabis in Massachusetts