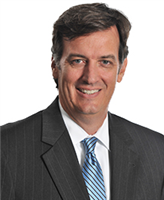 The Iowa Supreme Court recently issued an important decision for employers in employment discrimination cases. The Court confirmed that employers are entitled to raise the “same decision” affirmative defense, which states that even if a discriminatory factor played a motivating role in a decision to terminate an employee, the employer may avoid liability by presenting evidence that it still would have terminated the employee even in the absence of the discriminatory motive. The case is Hawkins v. Grinnell Regional Medical Center.

On appeal, the Iowa Supreme Court reversed and found the “same decision” defense applies in these types of cases, and juries should be so instructed. Thus, the law of Iowa in discrimination and retaliation cases covered by the Iowa Civil Rights Act is that where the employee proves that discrimination or retaliation was a motivating factor in the employer’s decision, the employer can still avoid liability by pleading and proving a “same decision” affirmative defense.

The Hawkins case provides another tool for employers and their attorneys in defending discrimination claims in Iowa. It also illustrates the significant risk that these cases can bring, as evidenced by the $4.5 million verdict in the first trial. Assuming the case is re-tried, it will be interesting to see how the “same decision” defense influences the jury, if at all.

If you or your business need representation or advice in defending an employment discrimination or retaliation claim, Mike Dee, James White, and several other attorneys at BrownWinick have significant experience representing employers in these types of cases. Feel free to reach out to them any time.

Can My Employer Use My History of Drug Addiction Against Me?

“But I Can’t Prove It.” Yes You Can, With Circumstantial Evidence