When people think about President Trump’s war on immigration, their first thought is about his desire to build a wall, 18–30 feet tall across 1,933 miles of the southern border of the U.S. Other than the $25 to $85 billion estimated cost, most clients do not see it impacting them. As the wall is being built, he would like to deport 13 million people who have either overstayed a legal status or arrived in the U.S. without permission. Again, most clients do not see this impacting them. However, about six million of these people are already working in your clients’ businesses and represent some of their best workers. Some clients know their workers do not have authorization to work and ignore it, but other clients will be totally surprised when their key workers are deported. Just like you will be surprised to learn that your landscaper, housekeeper, and nanny should not have been hired by you and paid with cash.

He is deliberately slowing down the immigration process by having all employment-based applications for permanent residency interviewed without any increase in the numbers of examiners. This will push wait times to over a year after waiting years for a visa number to be available. If visa numbers are not used in the fiscal year for which they are allocated, they are lost forever. So delays actually reduce immigration based on employment without changing any laws.

He had proposed that H-1B beneficiaries should not be able to extend their H-1B status beyond seven years, even if a permanent residency petition had been approved and there is no immediate visa available. Thousands of skilled workers, mostly who were born in Indian or China, will be impacted, even if they received their education in the U.S. Now he says that idea is off the table, but the message was heard. The USCIS is now re-adjudicating every extension petition that brings uncertainty to employers and additional costs and delays. Previously the examination of an extension petition involving the same employer/employee would give deference to the prior approval, unless there was perceived fraud or obvious error. In 2017, there was a 100 percent increase for the request for additional evidence for the 85,000 H-1B petitions. These requests doubled the cost to the employers and significantly delayed knowing whether the beneficiary would be working for the company.

“One by land, two by sea.” Send out the warning that this war impacts everyone. In this global economy where we need the best and the brightest, we are sending the message that we are not interested in anyone who is not “American”. Employers should prepare for significant delays in obtaining skilled employees, if they obtain them at all. This is the invisible wall that is being built at no cost to the government, but it will have a lasting impact on U.S. businesses as the best and brightest seek employment abroad.

Joel H. Paget is the senior member of the immigration group at Ryan, Swanson & Cleveland, PLLC in Seattle, Washington, for which he also has served as managing partner. He has over 35 years of immigration experience with an emphasis on business immigration and tax issues. Joel is an active member of the American Immigration Lawyers Association (AILA) and currently serves on the AILA Department of State liaison committee and the local AILA chapter’s committees on consular affairs, U.S. customs and border protection, and congressional liaison. 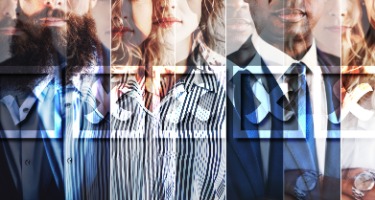 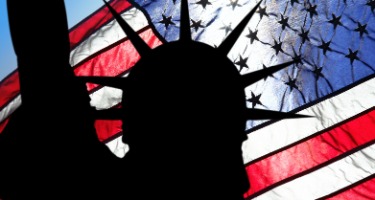