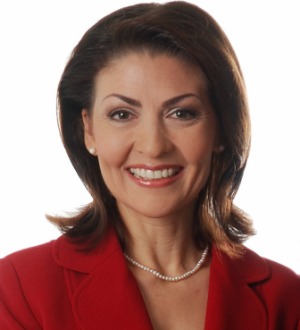 It is easy for people abroad and in Canada to claim to be immigration experts and take vulnerable people for a nasty ride.

The migration agents confronted Vancouver’s Laleh Sahba as she walked on the sidewalk last month near the Canadian embassy in Ankara, Turkey.

The street hawkers told her that, for $25,000 or more, they would get her to an immigration professional who would be sure to hand her a visitor or student visa so she could be well on her way to obtaining a Canada passport.

The sidewalk agents mistook Sahba for another near-desperate Middle Eastern person who would spend almost everything she had for the dream of becoming a permanent resident in Canada, land of promise.

But Sahba — an Iranian-Canadian and a regulated Canadian immigration consultant — says her encounter with Turkey’s street agents was just another reminder how easy it is for people abroad and in Canada to claim to be immigration experts to take vulnerable people for a nasty ride.

“They are selling wrong information. They are making up false dreams,” Sahba said at her downtown Vancouver office. “This is a huge business. And what disturbs me is that many are in it for the money in Canada. They’re playing with people’s lives.”

Sahba, who works with professional immigration partners in the Middle East, is among a small number of Canadian immigration consultants and lawyers who are coming forward to describe the wide range of misinformation, misdeeds and scams being foisted on would-be immigrants.

Some of those posing as immigration specialists are telling anxious people they will eventually get a Canadian passport if they pay large sums, in the tens of thousands of dollars, just to obtain a study or visitor’s visa, which have limited use. Some are also falsely telling clients they can finagle them status as a refugee.

The immigration fantasies of foreign nationals often end in tatters, says Sahba, 40, who came to Canada from Iran two decades ago and has been a consultant for 15 years. Many immigration specialists are making promises they can’t deliver on. By the time most would-be immigrants come to her to find a way out of their migration problems “they are absolutely screwed. We can’t help them.”

Much more must be done, Sahba says, to clean up the fast-growing immigration-advice industry, which in Canada includes 5,400 regulated immigration consultants and 1,000 immigration lawyers, but also an untold number of unlicensed agents.

Marina Sedai, a Surrey immigration lawyer, tends to agree. She told a Conference Board of Canada workshop in Vancouver last month that there is “rampant immigration fraud” being perpetrated by some consultants and agents.

Sedai said she is constantly hearing from troubled clients about how they’ve being misled or defrauded by self-professed experts who demand large fees to guide foreign nationals through Canada’s intricate immigration system.

As national chair of the Canadian Bar Association’s immigration section, Sedai highlighted how her organization has told federal Immigration Minister Ahmed Hussen the system Ottawa has set up to regulate immigration consultants, who have less formal training than lawyers, is not working. “There are good reasons,” the society said in 2017, “to limit the practice of immigration law to lawyers and Quebec notaries,” with immigration consultants working under the supervision of lawyers.

Many wives are being advised by immigration specialists to get a study visa so their husbands can come to Canada and work and their children can attend school, says Laleh Sahba. The trouble is many wives “don’t really want to study” and end up failing. It leads to big problems for the family. JASON PAYNE / PNG

Sahba, however, believes the majority of regulated immigration consultants do excellent work and the organization that monitors them, the Immigration Consultants of Canada Regulatory Council (ICCRC), is doing an increasingly good job of it.

Still, she hears up to 10 times a month from foreign nationals who have become embroiled in shady agreements that involve both Canadian immigration advisers and lawyers.

While Sahba generally supports Ottawa’s aim to make it simpler for some of the more than 500,000 foreign students in Canada to become permanent residents, for instance, she said some advisers are increasingly misrepresenting the study visa program as the backdoor immigration ticket for entire families.

Many wives in their 40s and 50s are being advised, she said, to apply for a study visa so that their husband can come to Canada on a spousal work visa and their children can attend schools in Toronto, Metro Vancouver and elsewhere.

The trouble, Sahba said, is many of the wives are unable to pass English-language exams and “don’t really want to study in the first place.” They begin failing courses and can’t get into postgraduate school, which means they and their husbands and children are expected to return home.

“It’s all over for them. They’ve wasted their time and huge amounts of money. And their kids have in the meantime become used to Canadian society. This is where my heart bleeds.”

In addition to describing scams in which so-called immigration specialists have charged clients many thousands of dollars just for a visitor’s visa, Sahba said other illicit schemes involve provincial immigrant entrepreneur programs, including those operated by Quebec, B.C. and Manitoba.

Other advisers direct so-called entrepreneurs to make “passive investments” in Canadian properties or businesses, which often involve nothing more than appearing to transfer money between relatives’ bank accounts.

In one extreme case, Sahba worked with two sisters from Pakistan who transferred more than $170,000 to immigration agents in Canada who said they were arranging the purchases of a gift shop and pet store in Vancouver. The entire process, which involved transferring photos and signatures via Skype, was fake. The culprits couldn’t be tracked.

The Canadian Bar Association, in its attempts to target “incompetent and unscrupulous” immigration advisers, told Canada’s immigration minister in 2017 there had been an “astonishing” 1,470 complaints against the regulated members of the Immigration Consultants of Canada Regulatory Council (ICCRC) since it began in 2011, plus 1,115 more against non-members.

That regulatory council posts some of the online allegations against its licensed Canadian immigration consultants, with one ICCRC page describing disciplinary investigations against almost 50 named members, who regularly charged clients $10,000 to $30,000 for relatively small tasks. Many of the consultants are accused of misdeeds such as: “Deceiving client,” “misleading client,” “falsely advising client,” “failing to notify client,” “charging client exorbitant fee” and of “misrepresenting” themselves in a variety of ways, including as border officials.

Sedai said some immigration advisers have even become involved in presenting false job offers to would-be immigrants — an activity she says she has run into in Surrey. Burnaby immigration lawyer George Lee is among those who has tried to expose the widespread jobs deception.

Although the clients of people who make a living in the immigration industry continue to take part in illicit schemes based on bad advice, Sabha wants to make clear some clients have not been innocent in the process. “They’ve got dirty hands, too.”

And the chances for all concerned of getting caught are increasing.

“The immigration officers are also not stupid anymore, not like in the old days,” Sahba says, chuckling. “They’re smart. And they’re looking at all aspects of every immigration application.”

MORE RELATED: Douglas Todd: What is populists have a point?