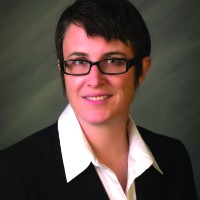 For many years, banks have partnered with Fintech companies to offer online loans to consumers. Some of these bank partnerships have been challenged by consumer advocates through so-called “true lender” litigation in state and federal courts, by state regulators, and through criminal prosecutions.

The crux of the true lender challenge is that, at the time a loan is originated, the lender on the face of the loan paper, the bank, is not the true lender. Rather, the true lender is the Fintech company that marketed and sold the financial product or service to the consumer.

At the federal level last December, the Office of the Comptroller of the Currency (OCC) published its proposal for how it will address the growing calls for a national Fintech charter. The paper, titled “Exploring Special Purpose National Bank Charters for Fintech Companies,” had been eagerly awaited as a possible way to enjoy the same preemption authority of national banks over various state licensing, usury, and disclosure requirements. The OCC indicated that it believes its proposal would accommodate fair access to banking products and fair treatment of customers as well as Fintech companies while preserving the safety and soundness of national banks. The Fintech Charter could be used by any entity providing certain financial services, particularly money transmitters, check cashers, and providers of technology (Financial Service Centers or FSC) to aid in the underwriting and origination of such obligations.

The advantage of the national bank charter for a Fintech company is that it allows the Fintech company to conduct business on a nationwide basis subject to the National Bank Act (NBA). The NBA affords national banks broad preemption authority over certain state laws, a key competitive advantage. If the OCC proceeds, a Fintech Charter would look to the relevant statutes, regulations, and federal judicial precedent to determine if or how state law applies. A Fintech Charter could enable to avoid many of the state laws under which it currently operates. Importantly, the Fintech Charter would not enable FSCs to preempt zoning laws, which are often used to keep FSCs out of certain neighborhoods.

In January 2017, the Colorado Uniform Consumer Credit Code (U3C) administrator filed lawsuits against Marlette Funding and Avant to shut down the bank partnership model they employed within the state, taking the position that consumer loans offered by those online lenders in Colorado cannot exceed the rates permitted for a state-supervised lender; i.e., 21 percent APR. Marlette and Avant partnered with New Jersey-based Cross River Bank and Utah-based WebBank, respectively, to offer consumer loans through an online lending platform. The U3C administrator alleged that once the loans were purchased by Marlette Funding and Avant, they became subject to Colorado rate limitations and were usurious. The U3C administrator also alleged that state banks cannot assign their interest rate preemption authority to non-bank partners when they purchase the loans. The administrator identified the following factors to argue that the non-bank partners had the predominant economic interest in the transactions: the non-bank partners paid the bank’s costs associated with the initiation of the lending program, as well as the marketing costs; the non-bank partners decided which applicants would receive loans, applying lending criteria established by Marlette and Avant and their respective bank partners; and the banks bore little or no risk of financial loss in the event the borrower defaulted on the loan. Cross River and WebBank since also sued the U3C administrator. Observers of the Fintech space are keenly watching Colorado as a bellwether for how the issues raised by bank partnerships might be resolved.

Whether the Fintech Charter becomes the “go-to” method of operating remains to be seen. Nevertheless, the OCC’s Fintech proposal may potentially provide a path forward for operators seeking certainty with regard to the application—or non-application—of state laws to their business.