All in the Family

No area of the law was untouched by the pandemic, but perhaps none was affected more—for better or worse—by the shift to remote legal work than family law. What lies ahead for this critical practice area? 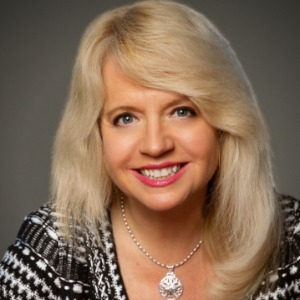 In early March 2020, many of us were looking forward to the traditional rites of the new season—baseball’s spring training, the NBA finals, students’ spring break. Who could have imagined that within days, a devastating global pandemic would fundamentally transform our entire society, including the practice of law? The images of our biggest, busiest cities forced into eerie standstills, mixed with a constant dread of the unknown, remain deeply ingrained in our collective memory.

At the same time, questions swirled around something else unthinkable: What would happen if the American justice system became paralyzed? How could cases possibly be handled when none of the participants were permitted to be in the same room?

Such concerns were particularly heightened in family law, much of whose litigation is already time-sensitive and fraught with emotion; indeed, motions concerning child support, parenting time, custody, education and medical care are often characterized as “emergencies.” As COVID-19 turned the world upside down, it also spawned new family-law battles, as parties now disagreed on such things as the safety of travel and vaccination for their children and sought modification of existing orders regarding financial support and parenting, due to one or both parties losing employment or taking a leave of absence. In addition, lockdowns correlated with increased incidence of domestic abuse requiring intervention through orders of protection. Finally, extended quarantines also led many couples to realize they no longer wished to be together, and that divorce was the next step.

The stressors of this unprecedented situation challenged the bench and the bar to quickly pivot from the traditional in-person model to embrace new technology and craft innovative procedures and policies to administer justice remotely.

Think back: In March 2020, the term “Zoom” (in its professional context) was foreign to most of us, and the concept of working from home was in mere infancy. But as the weeks passed and it became clear that this crisis would endure, courts embraced this “new normal” to reopen and begin managing both the backlog of cases and those newly filed. Many wondered, however, whether this sea of change in the practice of law would prove workable.

So far, the results are promising. A report issued in December 2021 by the National Center for State Courts concluded that remote hearings improve access to justice and are particularly well-suited for certain types of cases—including family law matters—as they allow litigants to participate in the process more easily by reducing the obstacles (work schedules, childcare, transportation) that can make it hard to attend in-person sessions. The report also found that remote hearings are best for proceedings of shorter duration and of limited scope, including status, discovery and permanency hearings; the setting of trial dates; certain non-evidentiary or non-witness motion hearings; and divorce dockets in which the parties have reached an agreement.

Thus, having weathered the unexpected storm of the pandemic, our state courts adopted innovative procedures to deliver services in new and efficient ways. Will we return to the pre-pandemic model? Consider comments from state-court chief justices. Anne M. Burke, chief of the Illinois Supreme Court, has said that “the Illinois courts were exploring new policies for expanding remote appearances in civil cases before the pandemic hit, [but] COVID-19 accelerated the adoption of those policies for both civil and criminal cases and created an opportunity for our courts to use technology to improve the administration of justice, increase efficiency and reduce costs.” Michigan Supreme Court Chief Justice Bridget Mary McCormack acknowledged that the pandemic “was not the disruption we wanted, but the disruption we needed.” Chief Justice Nathan Hecht of the Supreme Court of Texas has observed that “the American justice system will never be the same.”

Notably, as courts were adapting to the new social landscape, a similar transformation was occurring in the field of alternative dispute resolution. Before the pandemic, parties in family law cases often looked to mediation or the collaborative process to avoid protracted litigation and its associated delay, expense and bitterness. However, this option became increasingly sought-after during COVID-19’s early days, when the court system was shuttered, and attorneys worked with mediators to move their sessions online to address the emerging issues. With the acceptance of remote proceedings, parties have been even more interested in alternative methods to resolve disputes more comfortably outside a court setting.

The upside is that Zoom has enabled lawyers to maintain more regular, personal interactions with their clients. However, when appearing in court virtually, the ability to speak with clients is limited.”

What’s next for the practice of family law? Although the past few years have reminded us all that the future is predictably unpredictable, some trends look likely to stick. First, it appears that remote proceedings are here to stay, thanks to their efficiency, cost-effectiveness and ease of participation. Pre-COVID-19, attorneys often spent a substantial amount of time in the courthouse waiting for their cases to be called or would travel between courthouses for several appearances. Now, at the click of a button, both attorneys and parties can instantly appear in a virtual courtroom—not only decreasing fees for the client but increasing attorneys’ productivity by reducing their downtime.

Litigants also benefit from remote proceedings as they can now easily participate without taking a day off work, arranging childcare or incurring the time and expense of travel. Moreover, the value of virtual proceedings is particularly notable when they allow children and victims of domestic violence to participate from a safe, comfortable location rather than inside an unfamiliar and intimidating courtroom after having been subjected to courthouse security procedures.

A few considerations on the horizon for remote court involve the advantages and challenges it sometimes poses to the attorney-client relationship. The upside is that Zoom has enabled lawyers to maintain more regular, personal interactions with their clients. However, when appearing in court virtually, the ability to speak with clients is limited; some courts are remedying this by offering access to virtual breakout rooms during the session, while others may allow attorneys to text clients if they need to communicate.

Another expected challenge for attorneys will be to learn new standard practices for virtual proceedings, ranging from how to schedule matters to how to effectively use documentary evidence and examine or cross-examine witnesses. There will no doubt be instances when in-person appearances will be preferred or required—mostly multiday trials with numerous witnesses—but all signs indicate that remote proceedings in family law will continue in appropriate situations.

Finally, it is also likely that the enthusiasm for resolving cases outside court will continue. Paralleling the challenges to which the courts were forced to meet, mediators and collaborative practitioners have also adapted their services to virtual platforms, making them ever more accessible and easier to use.

In sum, virtual court hearings and mediation, combined with practicing away from the office, have made a profound impact on family law that will be felt for the foreseeable future. Having learned to expect the unexpected, both bench and bar have shown the flexibility and resilience to respond well to whatever new challenges may yet arise.

Michele M. Jochner is a partner at Schiller DuCanto & Fleck LLP in Chicago, one of the country’s premier matrimonial law firms, where she handles high-asset, complex appellate matters, as well as critical trial pleadings requiring sophisticated analysis, advocacy and drafting. A former law clerk to two Chief Justices of the Illinois Supreme Court, a sought-after speaker and a recognized thought-leader who has penned more than 200 articles, she has been honored as one of the top 50 most influential women in law by the Chicago Daily Law Bulletin and has been recognized in The Best Lawyers in America® since 2015 in Family Law.