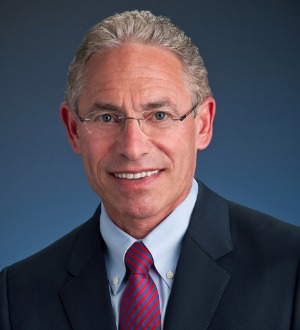 Where will Emma go to school? Will Jacob’s acne be treated with Accutane? Is Jackson going to see a therapist? For many years divorced parents in Arizona - with equal parenting rights and an inability to agree on such decisions - could raise their differences to a family law judge. That judge would resolve the parent’s conflict by making decisions for them relating to that issue. However, that longstanding practice is over.

The Arizona Court of Appeals March 1, 2018 decision in Nicaise v. Sunderam, definitively held that judges are not authorized “to make the legal decisions concerning a child’s life.” Instead, the court’s role is “not to make decisions in place of parents, but to decide which parent or parents shall make such decisions.” The trial court judge in Nicaise decided that it was not in the best interests of the child that either parent be given decision-making authority on school choice and thus the court decided where the child would go to school and made other decisions concerning medical care for the child. The court held that in doing so, the trial court abused its discretion by exceeding its legal authority.

In their decision, the appeals court also clarified the meaning of language in decision making orders. They explained that an order, which provides for one parent to be the final decision maker only after good faith consideration of the views of the other parent and best efforts to reach consensus, is substantively an order awarding sole legal decision-making. The court did not go so far as to preclude judges from including either a consultation and/or good faith requirement as part of a legal decision-making order. To the contrary, the court recognized that, “such a requirement often serves the child’s best interest by encouraging parental cooperation and informed decisions.” But the essence and substance of such an order is still an award of legal decision-making authority under the law.

This raises the stakes when divorced parents can’t agree on a decision about their child or if one parent is unreasonable. When parents are unable to reach consensus, they now risk having a judge empower one of them to make all decisions in one or more specified categories, including:

It is now critically important for lawyers to inform parents embroiled in such a dispute that they can no longer petition the court to simply make the disputed decision for them, and that with this type of petition, they risk losing decision-making in several broad categories for what could be the lifetime of the child. It is also clear that when a parent is named the final decision maker - and the parents have conflicting opinions – the final decision maker has the right to disengage from the other parent and simply make the decision.

The court in Nicaise also explained that the trial court may consider each parent’s proposed decisions when allocating decision-making authority. It emphasized the importance of the court explaining their reliance on parents’ proposed decisions when making their findings and ruling. In the event of a later court filing to modify decision-making, the prior findings could provide important guidance in the subsequent proceeding. Thus, the court in Nicaise anticipated situations where a parent provides the trial court with certain information about what they would choose for a child if given decision-making authority in the event that once granted the authority, the parent then makes different decisions.

Are there alternatives for parents to consider, reducing the risk that one of them will lose decision-making as to broad areas concerning their children’s lives? Yes, there are. One possibility is to agree to the appointment of a parenting coordinator in advance of their conflict. It could be part of the parenting agreement and incorporated into the divorce decree. With a parenting coordinator in place, when and if, they disagree over issues such as school choice, they have just that limited battle with the parenting coordinator. Parents don’t risk losing joint legal decision-making for all issues relating to the children. Under Rule 74 of the Rules of Family Law Procedure, the scope of the authority of a parenting coordinator explicitly includes health issues, discipline, personal care, school and extracurricular activities, choice of schools and managing problematic behaviors. The new proposed family law rules do not alter the scope of authority under Rule 74 thereby making this an attractive alternative when the risk of failing to reach consensus is the loss of decision-making authority for the children.

For an extended time, family law judges in Arizona have been moving towards the view that they are not empowered to make decisions that ought to be made by parents. The court in Nicaisehas now established that as the law statewide.

"Previously published in Attorney At Law Magazine Vol 10 No 3"