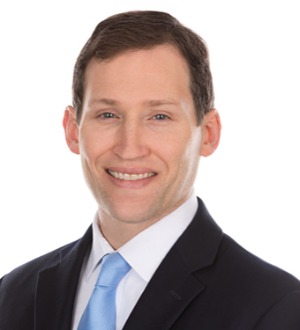 Do I have any recourse against an agent appointed pursuant to a power of attorney who I believe is taking advantage of my loved one?

North Carolina law provides that any interested person can file a petition to adjudicate an individual incompetent, even if only to a limited extent, and have a guardian appointed. The process generally must be completed within approximately thirty (30) days from the filing of the petition. A guardian is endowed with certain statutory powers and is generally responsible for managing the ward’s finances under the supervision of the Clerk of Superior Court. A guardian may, and usually does, revoke any power of attorneys upon his or her appointment. Accordingly, a guardianship is often an effective means to protect both the person and estate of an incompetent adult.

Can I challenge a will or trust if I believe the document was changed at a time my loved one did not have the capacity and/or the ability to resist the influence of others to change the will or trust?

A trust instrument or trust amendment may also be challenged by a beneficiary whose interest was materially affected by the creation of the trust or trust amendment. Common reasons for challenging the creation or amendment of a trust instrument include improper execution, fraud or constructive fraud, the settlor’s lack of capacity, or the undue influence of others. Any challenge is generally brought as a civil proceeding in the Superior Court and often consolidated together with any related caveat proceeding.

A decedent may transfer assets using a number of different legal methods, including a will, trust agreement, and beneficiary designation forms. For this reason, it is necessary to carefully review all relevant instruments to generate a holistic view of the decedent’s intent and the effect of any additions or deletions from the plan.

Can I challenge a beneficiary designation that was changed by my loved one at a time I believe he or she lacked the capacity to do so or as the result of the influence of others?

A beneficiary previously named in a beneficiary designation, payable-on-death, transfer-on-death or other similar contractual designation may challenge a change to the designation on a variety of basis. Most commonly, the basis for such a challenge is the same or similar to that brought for a caveat action (see above). It is generally important to notify the institution preparing to disburse proceeds to the named beneficiary as soon as possible after the decedent’s death. This may prevent the proceeds from being disbursed to the beneficiary by the institution. Care, however, must be given to carefully evaluate the timing and circumstances of each change of beneficiary designation.

Do I have any rights against my spouse’s estate when my spouse devises all or a portion of their assets, whether by will or otherwise, to someone other than me at their death?

A claim for an elective share entitles the surviving spouse to receive a percentage of the decedent’s total assets after adjustments for the decedent’s debts. Importantly, the decedent’s total assets include assets passing through probate as well as assets passing by beneficiary designation form, other non-probate transfers, and even by gift for a period prior to the date of death. The surviving spouse’s percentage of total net assets is dependent on the number of years the couple was married, with the highest percentage being fifty percent (50%) of the total net assets for a marriage lasting fifteen (15) years or more. A claim for elective share must be brought within the six (6) month period beginning on the date a personal representative is appointed for the decedent’s estate.

A surviving spouse may have other rights against the decedent’s estate, including contribution for a mortgage encumbering property formerly held jointly with the deceased spouse, rights to certain retirement benefits, and rights under a premarital or other similar agreement. If any of these situations may apply to you, be aware that your ability to pursue such claims may require that you do so within a statutorily prescribed period of time.

Do I have the right to information regarding a trust in which I am a designed beneficiary?

Can I remove a trustee or executor that I believe has a conflict of interest, neglected his or her duties, or whose service is not in the best interests of the beneficiaries?

A trustee, executor, guardian and attorney-in-fact are fiduciaries and therefore must generally place the interests of the principal above their own interests and must exercise reasonable care and diligence in the performance of their duties. A fiduciary that engages in a conflict of interest, neglects her or her duties or commits other wrongful acts is subject to removal and potential damages for breaching their fiduciary duties. In the case of executor, administrator or trustee, the action is generally brought as a proceeding before the Clerk of Superior Court by an interested party under the applicable estate or trust.

Can the terms of a trust be modified or otherwise changed even though the trust is irrevocable?

The notion that an irrevocable trust cannot be modified is incorrect. An “irrevocable” trust is simply a trust that cannot be revoked or modified by the person creating the trust. The trust, however, may be changed by one of several methods depending upon the facts and circumstances. The terms of the trust may provide a method for the trustee or another individual to change the administrative or dispositive provisions of the trust. If the trust has no such provisions or the named individuals will not exercise their power to modify the trust, a trust beneficiary can file a civil proceeding to have the trust modified based on a number of circumstances making the change necessary or advisable. Common reasons that a trust may be modified include a beneficiary with financial or substance abuse issues, tax planning, and administrative savings. A trust modification action is filed as a civil proceeding in the Superior Court and generally requires the approval of the court except in very limited circumstances.

Stephen Brown focuses his practice on business formation and structuring, wealth transfer planning, and litigation involving fiduciaries, trusts, estates and guardianships. If you have questions regarding whether or not to open a probate estate, please contact Stephen at 919-861-5508 or sab@youngmoorelaw.com.

To Gift or Not to Gift? Tis the Question for the Season!

What is a Power of Attorney?

Appointing an Estate Trustee During Litigation