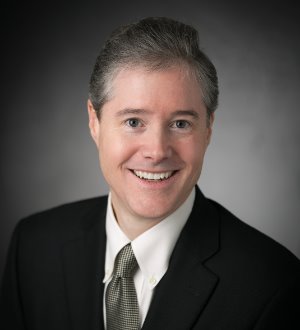 There has been no shortage of news articles in 2017 when it comes to the president’s administration and U.S. immigration. This includes reducing the number of refugees who will be admitted each year, ending the DACA program, and a host of travel bans. But there has been a lot of activity in the business immigration space. It has not been as newsworthy—so far—but has mostly impacted processes that the executive branch has the power to control.

Laws take congressional action, and that appears unlikely through 2018. Regulations require following the Administrative Procedures Act, and the notoriously slow notice and comment period to establish, change, or eliminate a regulation.

Below are a few of the more noteworthy process changes we have seen in 2017.

In-person interviews for 85 percent of the 140,000 employment-based green cards approved every year (15 percent are done at U.S. Consulates outside the U.S.).

For decades, only those with a criminal issue have been required to have an in person interview. There are a little over 85 U.S. Citizenship and Immigration Services (USCIS) offices around the U.S., and now these offices must perform time-consuming interviews of every employee, their spouse, and any children. USCIS has confirmed that to comply with this new requirement, family-based green card interviews primarily for spouses/family of a U.S. citizen, and naturalization interviews for persons who want to be U.S. citizens will be given a lower priority. The 140,000 employment-based green cards must be approved every year, or they disappear. Requiring interviews for a population that has never been involved in an act of terrorism in the U.S. seems very hard to justify.

USCIS reports have confirmed that H-1B RFEs have jumped from 20 percent to over 30 percent for 2017. These result in more delays in a time of heightened employer/employee compliance.

This is not surprising, as I-9 audits have gone up with each president since George W. Bush. While these audits do not ensure undocumented workers are discovered and removed from the U.S., it does go a long way to help fund the U.S. Immigration and Customs Enforcement’s (ICE) operations, as fines quickly add up for simple paperwork violations for employers with no undocumented workers.

Foreign national F-1 university students who have studied in a science, technology, engineering, or math field (STEM) can qualify for an EAD card for two years. The origins of this STEM EAD rule came into effect under President George W. Bush. Also, spouses of H-1B workers (H-4s), where the H-1B worker has completed several steps in the employment-based green card process, can apply for an EAD card. F-1 STEM and H-4 EAD workers are regulations the administration plans to repeal in 2018. Finally, timing for EAD card production is now well over four months.

Advance parole denials for persons who travel internationally when they file an employment-based green card.

Lastly, reports abound regarding how the administration plans to change the H-1B rules, which on the whole, require a new law and/or regulation.

All of these actions have added a new level of insecurity to an already nervous population. Is this actually accomplishing anything other than just slowing processes down for persons who are doing everything they can to follow the rules? I have no doubt that change to the processes for those legally present in the U.S. will continue in 2018. What I do hope is that those whose technical and entrepreneurial skill set is in demand globally will not end up finding a path of less resistance in a different country that is more welcoming in their immigration processes.