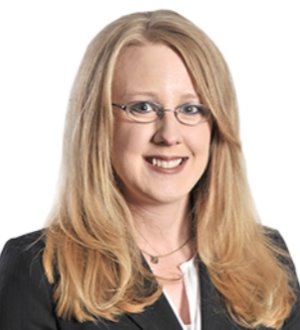 On March 28, 2019, the U.S. Department of Labor (DOL) announced another proposed rule to update regulations under the Fair Labor Standards Act (FLSA). The proposed rule would amend 29 CFR part 778 to revise the “regular rate” requirements under section 7(e) of the FLSA, 29 U.S.C. § 207(e).

Under the default rule for calculating required overtime premium, employers must pay 1.5 times the “regular rate” of pay for all hours worked beyond 40 in a workweek -- by dividing total hours worked by total pay for each workweek. Under the FLSA, an employee’s regular rate pretty much includes all pay an employee earns (unless specifically excluded under the statute) – which can include much more than just his or her base hourly rate. For example, most bonuses, commissions, incentive pay, shift premiums, and other benefits generally need to be included in the regular rate.  This often complicates overtime calculations (especially quarterly or annual bonuses, which can require after-the-fact calculation of additional overtime), and can dissuade employers from offering perks to non-exempt employees.  According to the DOL, the new “proposed rule focuses primarily on clarifying whether certain kinds of perks, benefits, or other miscellaneous items must be included in the regular rate. Because these regulations have not been updated in decades, the proposal would better define the regular rate for today’s workplace practices.”
The good news for employers:  the DOL says it intends to “encourage employers to provide additional and more creative benefits without fear of costly litigation.” The proposed rule aims to clarify when unused paid leave, bona fide meal periods, “call back” pay, reimbursements, benefit plans, and other ancillary benefits may be excluded from the overtime calculation. Specifically, the DOL proposes that the regulations confirm that employers may exclude the following kinds of benefits from an employee’s regular rate:
Most bonuses will still need to be included in the overtime rate calculation.  However, the DOL’s proposed rule attempts to elaborate on the types of bonuses that are and are not discretionary (and therefore, excludable) -- hopefully offering a little more clarity for employers.
The Notice of Proposed Rulemaking was published on March 29, 2019, and the agency is accepting public comments through May 28, 2019.
If you have any questions about the DOL's proposal, or other wage and hour questions, please contact Megan Moritz (moritz@brownwinick.com) or another member of the BrownWinick Employment Practice Group. Check out article on WorkplaceWise blog.
continue reading

When can an individual be liable for unpaid wages under the FLSA?

Should my bonuses be included in my regular rate of pay?

Another Final Rule from the DOL Regarding the FLSA - Effective January 15, 2020