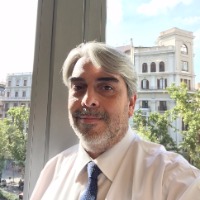 It is a well-known fact that many large technology companies use complex multinational corporate structures in order to transfer their profits to low-taxation territories, ultimately resulting in a loss to the public purse. Notwithstanding the foregoing, this circumstance affects not only the environment of large companies in the technology sector, but also all those companies—large-, small-, or medium-sized—operating in the digital economy. This is because the root of the problem is not so much in the aforementioned corporate structures as in an obsolete regulation of the mechanisms for taxing the income generated in the context of a globalized digital economy.

Let’s assume, for example, this is a company based in any other country but Spain, where it has its offices, servers, and staff and provides its services through its website in many countries around the world. in Spain, where it does not have a subsidiary, offices, staff, commission agents or any other infrastructure, it provides its service and obtains income from Spanish consumers, the website (accessible from anywhere in the world) being the only tool to render the service.

The question that arises is: shouldn’t those Spanish-sourced incomes be somehow taxed in Spain?

The usual response would be that such incomes should be taxed in Spain through the permanent establishment (“PE”) institution, as provided in the Double Taxation Treaty (“DTT”) signed by Spain and the residence country of the company. It is worth mentioning that DTTs are usually based on the Model Tax Convention drafted by the Organization for Economic Co-operation and Development (“OECD”). However, due to the obsolete and inappropriate configuration of the PE concept in the Model Convention, and therefore in the whole network of DTTs, it is very difficult for a source state, such as Spain, to tax incomes generated in Spain by web platforms with a structure like the one mentioned above. This is mainly because the concept of PE is essentially based on a physical connection with the territory, either because it is a fixed place of business or because it has a dependent agent of the non-resident entity.

This situation becomes even more difficult insofar as the concept of PE is expressly defined (and sometimes even with small variations) in each of the more than 3,500 DTTs in force in the world, 93 in the case of Spain, each of them an independent international treaty that would have to be negotiated separately if there was any intention to modify it.

This is why, this a common problem among the countries around us, the OECD is making considerable efforts to deal with this and some other similar situations, worth mentioning, for instance, the base erosion and profit shifting (BEPS) project. In this regard, as evidence of these efforts, in 2003 the comments to the Model Convention (official document for interpretative purposes) were amended in the part relating to the permanent establishment. The change aimed to allow the possibility of considering the server where the website is located a “fixed place of business.” The key point was that, unlike the web itself, which is an intangible asset, the server is a tangible asset and therefore could be considered a “fixed place of business.” However, this change did not solve the problem since the server can be located in a different territory and far away from the territory where the services are ultimately rendered.

Given the legislator’s difficulties tackling the problem through regulatory change, certain tax authorities and courts have decided to interpret PE precepts in a sufficiently flexible way to understand that certain situations, which apparently should not be understood as PEs, be considered as such. In this regard, it is worth highlighting the so-called Roche and Dell cases, both concluded with sentences of the Supreme Court in 2012 and 2016, respectively.

In essence, both sentences are based on the theory of a “complex operational settlement with economic coherence” expressed by the General Directorate of Taxes, among others, in the binding consultation V2192/2008. This theory consists, in very general terms, of the fact that, even if the provisions relating to PE were not literally met, if there were a series of elements available to the non-resident company in Spain, even indirectly (in the mentioned cases it was through the figure of a commission agent), then the existence of a permanent establishment could eventually be considered.

These sentences were a turning point in this matter insomuch as the Supreme Court confirmed the application of a particularly flexible interpretative approach in this case, which ultimately led to increased legal uncertainty.

As already mentioned, the OECD has not ceased in its efforts to tackle this problem. As evidence of this, only a few months ago (June 2017) took place the last of these efforts, the first round of signatures of the Multilateral Convention to implement measures in the DTTs in force against the erosion of tax bases and the transfer of profits. This new agreement consists of an innovative mechanism that aims to update the global DTT network in a synchronized and efficient manner without investing that many resources in the bilateral renegotiation of each of them. It should be mentioned that Spain has participated in this act and has signed the aforementioned agreement.

As for the content of the reforms, although it is true that the concept of PE is broadened and that the amendments contribute to the fact that certain operations can be clearly classified as PE, it is also true that the amended concept of PE still does not include other operations, such as those that are almost entirely web-based, so that the physical link is not that obvious. In other words, for the case raised at the beginning of these lines, for example, there is still no clear solution.

The Spanish Tax Agency on Alert

It seems clear from the foregoing that the taxation of incomes derived from activities in the digital economy is a highly controversial issue and generator of considerable legal uncertainty. It is probably because of that that the Spanish Tax Agency has expressed in the Resolution of January 19, 2017, of the General Direction of the State Tax Administration Agency, which approves the general guidelines of the Annual Plan of Tax and Customs Control of 2017, that it will focus its attention, among others, on the digital economy and its new business models. It is also indicated in this resolution that specific information will be announced on the Tax Agency’s website to inform about the obligations of those who carry out e-commerce operations, dealing with the issues that raise the most doubts, to ensure that the various agents involved in this business who do not have a willingness to defraud can adequately comply with their tax obligations.

It will be more than advisable to pay particular attention in the near future to developments in this area.

Mariano Roca is a tax and private client practitioner focused on corporate and individuals advice (specialized in tax, wealth, and inheritance advice for HNWI). He began his professional career in Cuatrecasas Gonçalves Pereira (1997–2012). In 2012, he joined KPMG (2012–2015) where he co-led the family business and private client practice in Barcelona, Girona, Balearic Islands, and Andorra offices. In January 2016, he joined Marco Legal, Abogados & Economistas, leading as a partner for the firm’s tax department. Mariano is listed in Best Lawyers™ since 2012 and was recognized as “Lawyer of the Year” in 2014 and 2015.

Thomas Thalhofer of Noerr on the Future of German IT Law