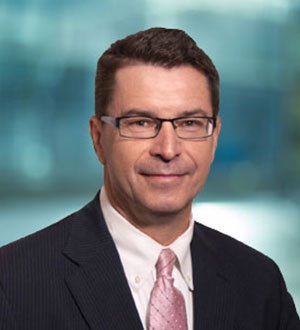 On November 18, 2014, the United States Bankruptcy Court for the District of Delaware, Judge Brendan L. Shannon, entered judgment in favor of the former President and CEO of Ultimate Escapes, Inc., James Tousignant, and held that Tousignant’s actions in negotiating and executing a controversial asset purchase agreement were protected by the business judgment rule, despite the demise of the company a short time later.

Tousignant was represented by White and Williams LLP and as the lead defendant in the case argued, (a) that he acted in good-faith, with undivided loyalty when he entered the agreement, (b) the only asset sold pursuant to the agreement was a limited right to solicit approximately thirty of Ultimate Escapes’ 1,250 members, (c) the agreement was a last-ditch effort to save a dying company and (d) regardless of any unforeseen negative consequences, the Trustee could not maintain a breach of fiduciary duty claim against Tousignant or Keith, because the business judgment rule guards against the “impos[ition of] retroactive fiduciary obligations on directors [simply] because their chosen business strategy d[oes] not pan out.”  Trenwick America Litigation Trust v. Ernst & Young LLP, 906 A.2d 168, 174 (Del. Ch. 2006) (aff'd, 931 A.2d 438 (Del.2007)).

Ruling fully in favor of Tousignant and Keith, Judge Shannon found that the asset purchase agreement was limited in scope and that Tousignant only intended to offer the right to solicit a small sub-set of Ultimate Escapes’ members.  More importantly, the Court held that Tousignant’s actions in negotiating and executing the agreement were protected by the business judgment rule.  Indeed, in his thirty-two page opinion Judge Shannon explained that the business judgment rule “is not only a rule, but a presumption that the directors of a corporation acted independently, with due care, in good faith, and in the honest belief that their actions were in the stockholders’ best interests.” Opinion, p. 16 (quoting Williams v. Geier, 671 A.2d 1368, 1376 (Del. 1996).  In order to rebut the presumption that the rule applies, the Trustee was required “to point to sufficient facts to support a reasonable inference that the decision to enter into the [] Agreement was a breach of Tousignant’s duty of loyalty or duty of care.” Opinion, p. 18 (quoting In re Autobacs Strauss, Inc., 473 B.R. 525, 562 (Bankr. D. Del 2012).  After disposing of the Trustee’s arguments that Tousignant breached his duties of loyalty and care, Judge Shannon applied the business judgment rule and held that Tousignant was properly focused on bridging a critical liquidity gap when he entered into the controversial agreement and as such, his decision was attributable to a rational business purpose.

Quoting then-Chancellor Strine and his landmark decision in Trenwick America, Judge Shannon pointed out that while “[i]t is no doubt regrettable that a company may file bankruptcy, [] the mere fact of a business failure does not mean that plaintiff can state claims against the directors, officers and advisors on the scene just by pointing out that their business strategy did not pan out.” Opinion, pp. 31-32 (quoting Trenwick, at 193).

New Bankruptcy Law Could be a Lifeline for Small Business