When the deck is stacked against you, Cogdell Law Firm is there to help. 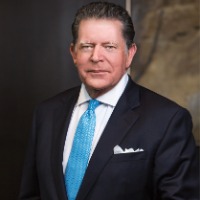 Cogdell Law Firm / Dallas/Fort Worth's Best Lawyers 2017 June 14, 2017 1:57 PM
When the deck is stacked against you, and it seems like there’s nowhere else to turn, Houston’s own Cogdell Law Firm is there to help. The Cogdell Law Firm, led by star attorney Dan Cogdell, has won some of the biggest criminal defense cases of all time in the State state of Texas. Dan Cogdell and his team have won successful acquittals in such matters as the Branch Davidian case, the 2016 Planned Parenthood videotape case, the Houston City Hall bribery scandal, and the Enron prosecutions, in which the firm’s client was the only one among those charged to win a “not guilty” verdict.

Many of the firm’s cases have involved major institutions, and they often handle high profile clients. Cogdell is currently working on the defense case of the Attorney General of the State of Texas. The firm always remains focused on the next case and providing the best possible defense for its client, even against the toughest possible odds.

“I’m in this to help people that need my help,” says Cogdell. “When you’re representing someone in a criminal case and it’s the United States of America versus your client or the State of Texas versus your client, those odds aren’t good. And while it’s a Herculean task, it’s also a Herculean reward when you obtain justice for your client. There’s nothing more rewarding than giving a person’s life back to them—nothing.”

Dan Cogdell and his firm work tirelessly to represent their clients and have been widely recognized for their excellence. Cogdell is listed among the top one-percent of the trial bar by the American College of Trial Lawyers, which selects candidates for this honor based not only upon their trial but also their dedication to their craft and their high level of professionalism and ethics. Cogdell has been continuously named to Woodward & /White’s The Best Lawyers in America© list since 1994, to Thompson Reuters’ Super Lawyers list since 2002, and has an Avvo rating of 10.0, or “Superb,” which recognizes him for his excellence in criminal defense.

Right to be Present for Criminal Trial