What is "use" in commerce? 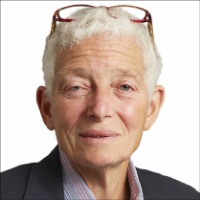 The recent decision in Christian Faith Fellowship Church v. Adidas AG, 841 F.3d 986 (Fed. Cir. 2016),1 especially when read in the context of precedent continuing to recognize use analogous to trademark use as a basis for priority, expands the scope of use in commerce beyond that recognized in the Larry Harmon case.2 It challenges directly the concept that use for registration purposes cannot be token use, but must also be use in commerce and, in the ordinary course of business, not merely to reserve rights in a trademark. What remains of that construct when just about any use of a mark is use in commerce? Is there now a difference between the type of use sufficient to support a federal trademark application and registration and the type of use sufficient to establish priority and block another’s use of a local or national basis?

Where this discussion should start is with the language of the statute, and specifically the definitions provisions of 15 U.S.C. §1127:

The legislative history of the Trademark Law Revision Act of 1988 makes clear that the intent to use basis for applications for registration under 15 U.S.C. §1051(b) was as the means of replacing the token-use filings companies previously resorted to in order to “reserve” marks they were not then using in commerce in the ordinary course of business.3

The Larry Harmon decision, cited by the Federal Circuit in the Christian Faith Fellowship case, was predicated on Heart of Atlanta Motel.4 Relying upon the opinion in Larry Harmon and other commerce cases,5 the Christian Faith court noted, “The Lanham Act by its terms extends to all commerce which Congress may regulate,” and there is no de minimis test for determining use in commerce. sale of two hats to a customer who may have come from another state was sufficient use in commerce for the purpose of federal trademark registration.6

The USPTO’s TTAB had only recently rejected as use in commerce the use of a mark for a single restaurant facility in one state absent evidence of “use” of the mark “in commerce,” such as listing in a travel or restaurant guide, multi-state advertising, or evidence that out-of-state viewers accessed the website.

Courts have generally refused to extend trademark rights to bar a subsequent use where the senior user lacks sufficient market penetration to have made the mark “known” in the relevant geographic area, even where there have been some sales in the area. The Roots case is a prime example.7

Accordingly, the Tea Rose v. Rectanus doctrine8 remains as valid today in an online and global economy as in the early 20th century: no trade, no trademark. To what extent spillover advertising and cross-border traffic create a reputation worthy of protection in the interest of precluding deliberate purchaser deception remains a separate issue, one that may require different considerations, but should not be determined by the sale of two hats at the Christian Faith Fellowship Church.

The purpose of the requirement for use in the ordinary course of business is to keep “dead wood” off the Trademark Register and to prevent entities from hoarding marks and “trafficking” in trademarks. The anti-trafficking concern is further embodied in the restriction on assignment of applications for registration before a declaration of use is filed and accepted.9

Accepting as sufficient the sale in one retail location of two hats without evidence of any actual impact on commerce across state lines (the only evidence being that the hat purchaser had an out-of-state address on a check) makes mock of the elimination of token use and creates a new level of uncertainty for entities trying to determine if there are bars for use of a proposed mark. For the practitioner attempting to clear use of a proposed trademark for a client, what search engine or service is likely to find prior use limited to the sale of two hats in one retail outlet?

Whether the TTAB got it right or whether the Federal Circuit did, the decision stands for now and will be cited in proceedings before the TTAB. Whether other circuit courts of appeal will be persuaded by the rationale of the Federal Circuit or will look more to the purpose of federal registration and Title 15 as amended in 1988 remains to be seen.