Attention Business Owners: Consider a Prenuptial Agreement If You Plan to Walk Down the Aisle 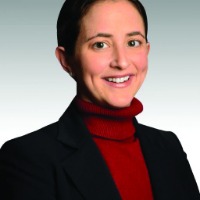 If you are a business owner contemplating marriage and you are under the impression that your business is “off limits” in the event of a divorce, you may be subjecting yourself and your business to a huge risk.

Just because you own a business prior to marriage does not necessarily mean that you will be able to protect it against a claim by your spouse in a divorce. Where the value of a business increases during the marriage, the appreciated value may be included when a court decides issues relating to the equitable distribution of marital property. Normally, an asset owned by a spouse prior to the marriage or an asset acquired by inheritance or gift from a third party is considered non-marital property. (See Md. Code Ann., Fam. Law § 8–201[e][3][i]–[ii].) Non-marital property is not included in the marital estate that is subject to equitable distribution. In Maryland, however, the law allows a spouse to claim an interest in the appreciation of property under some circumstances. When one or both spouses actively work to enhance the value of property, such as a family-owned business, a marital increase to property may occur.

While the principle of active versus passive appreciation seems relatively straightforward, these types of cases are complicated by the difficult burden of proof.

In this scenario, the appreciated value of the business may be deemed marital property, which in turn would be included in the marital estate for the purpose of a monetary award. In Merriken v. Merriken, 87 Md. App. 522, 535 (1991), the Maryland Court of Special Appeals explained, “We define the value of the inherited property as the value that the property held at the time it was inherited, or such value as it has acquired by virtue of passive appreciation. Insofar as the value of inherited property is increased by the expenditure of marital funds for its upkeep and/or development, the amount of such increase or accretion is marital and therefore is to be included in the monetary award.” Not all increases in value to property during a marriage are considered marital, however. When appreciation in value occurs without any effort from either spouse during the marriage, such a “passive” increase is considered a non-marital increase to property.

While the principle of active versus passive appreciation seems relatively straightforward, these types of cases are complicated by the difficult burden of proof. If a spouse claims that there has been marital appreciation to property, he or she must prove that the value of the business has increased since the date of marriage and that such increase was the product of active efforts by one or both spouses. Business valuation experts are often needed to establish the value of the business both at the time of marriage and at the time of divorce. Further, spouses frequently offer dueling versions of facts to explain why a business appreciated in value over the course of a marriage.

If you are a business owner planning to get married, consider a prenuptial agreement as a way to avoid the uncertainty, stress, and expense that litigation may inevitably cause to your business.