A threat to our democracy. 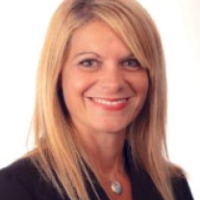 Since being elected president on November 7, 2016, Donald Trump has levied a host of threats to the First Amendment right of free speech. For example, in a pre-inauguration tweet, then President-elect Trump threatened to revoke the citizenship of any American who burned or defaced the flag, despite the fact that flag burning was declared to be protected expression nearly three decades ago.1 Since taking office, President Trump has further weakened the First Amendment by freezing the social media accounts of several federal departments and their employees2 and by terminating the employment of government officials who vocally disagreed with him, thereby chilling the right of government employees to speak out on matters of national political importance.3

Even more alarmingly, Trump previously vowed to “open up” the libel and slander laws, eliminating the constitutional protection for statements of opinion and on matters of public concern,4 and to “close up” the internet to restrict the free flow of information.5

In the wake of these threats, lawyers must take a more active role in defending our right to free expression, particularly regarding matters of political and social significance. Preserving the right of free speech is critical, not only to maintain the marketplace of ideas that the First Amendment embodies, but also to ensure that channels exist for an open and robust dialogue as we move forward in a new age of government. After all, it is through protests, rallies, and the sharing of truthful information that we are collectively able to call attention to other constitutional threats. The First Amendment acts as a gateway to the exercise of other freedoms, but aside from the right to speak freely, many other constitutional rights are at risk as well.

Lawyers must therefore be vigilant, both in calling out threats to our free speech rights and in creating strong protections for the First Amendment through judicial and extrajudicial means. These include:

Our right of free expression hangs in the balance, and along with it, the constitutional future of our democracy. In these challenging times, we must not be silent but must continue to speak out—and to speak up—for the First Amendment.